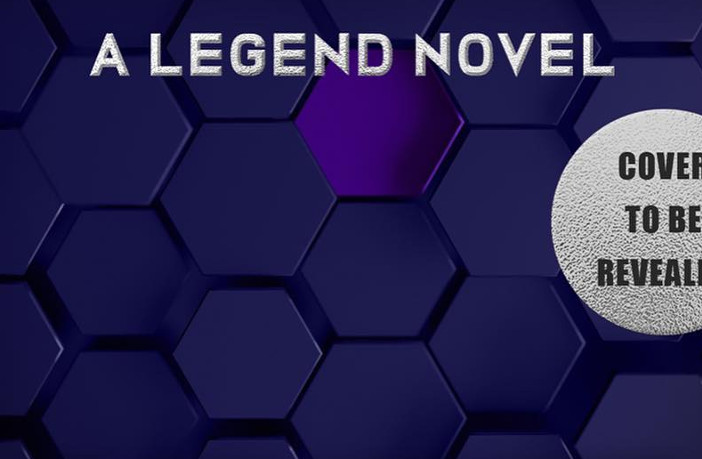 Legend and Warcross author Marie Lu just revealed the title for the fourth novel of the Legend series, and we are living for it!

If you thought Champion was the final book of the Legend series, well, you were right, but only for a spell. Granted, it’s been quite a long spell as Champion was released in 2013. And author Marie Lu has been busy pushing out other amazing books, like The Young Elites and Warcross, since then to probably give much thought to continuing the world she created so long ago. Or so we thought!

The announcement was made last October that she had made a deal with Roaring Book Press for a 4th Legend book along with a new sci-fi/fantasy series as well. Of course we’ve loved everything that Marie has put out, and we’re excited for her new series, but we just have such joyous feelings about the 4th book of Legend that we’ve been waiting anxiously to hear more about it since the announcement was made.

And so, now we have it directly from Marie’s Instagram account! The title of the fourth Legend book is going to be… REBEL.

Marie had been thinking about this for awhile, and we don’t really blame her. The story of Day and June still lingers in our thoughts as well, especially with the way Champion ended in the epilogue. We had our own vision then of what would happen between them after that point, but even so, we want the canon, and we’re finally getting it!

Eden Wing is a brilliant student. He’s about to graduate a year early from Ross University of the Sciences, with honors, and already has an internship lined up back in the Republic. But most people don’t introduce Eden this way. Instead, they say, “This is Eden, Daniel Wing’s younger brother.”

Ten years ago, Eden’s brother Daniel was known as Day, the boy from the streets who led a revolution that saved the Republic of America. His name was spray-painted on walls, his profile splashed on both rebel pamphlets and wanted posters. He went from being a hunted criminal to a national hero in less than a year.

Day has spent the past decade piecing together his memory of his time in the Republic, pretending to enjoy life in Antarctica’s capital, Ross City , and quietly hiding out from the world—even if it’s meant giving up June, the great love of his life. As long as he can keep his little brother safe, that’s all that matters . . .

But Eden isn’t safe. As the two brothers struggle to accept who they’ve each become, they grow more distant from one another than they’ve ever been. Eden finds himself drawn deeper and deeper into Ross City’s dark side, until even his legendary brother can’t save him. At least not on his own.

When June suddenly steps back into Day’s life, rekindling the flames of their romance, the pair team up to do whatever it takes to rescue Eden. But like the rest of the world, they may have underestimated Eden—what he’s capable of, where his loyalties lie, and how hard he’s willing to fight for what he believes.

With unmatched suspense and her signature cinematic storytelling, #1 New York Times bestselling author Marie Lu plunges readers back into the unforgettable world of Legend—for the most thrilling adventure yet. A truly grand finale.

Rebel is set for an October 2019 publication, and you can pre-order the book via the following:

Who else is ready to get back into this world? Comment below!