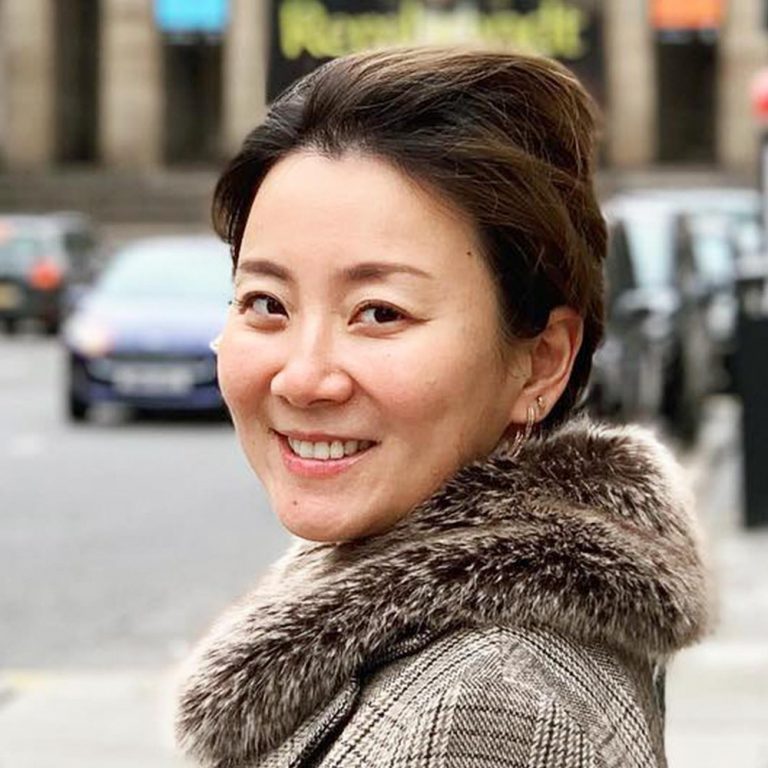 Entertainment Weekly got the exclusive with Legend author Marie Lu and she opened up about coming back to the book series that started it all for her.

If you had read Legend when it first came out eight years ago and found peace with the final book of the trilogy, Champion, when it released two years later, then you might be in the minority. The way the series ended was pretty much an open ending for many fans, not seeing an actual happy ending for June and Day.

That may have been fine for the tone of the story, but Marie, along with many of the fans, would every-so-often think on the series and wonder about those characters and if they were able to start something again.

Now, we will get to see what happens soon enough, because Rebel is coming out! Here’s some of what Marie’s stated in her interview about the highly anticipated book.

ENTERTAINMENT WEEKLY: Let’s start with your decision to return to Legend with Rebel.
MARIE LU: I started thinking about writing Rebel way back when I first finished the original trilogy. It just took me a while to find the right story. After I wrote Warcross and Wildcard, which was kind of my way of exploring that society again, I realized that I wasn’t done telling this story of Day and Eden. There was more I wanted to find out, about how they recovered from the aftermath of a war and how they end up healing. All those ideas came together at the same time. I realized that was the story that I wanted to write.

Here, you shift the focus primarily to Eden. How did that come about?
He was never a point-of-view character in the original trilogy, but everything he was involved in was the catalyst for the story of Legend. He was the reason why the originally met June; he was the reason why they broke into a hospital and started the chain of events that led to the rest of the trilogy. A lot of his decisions as a child changed the course of history for the Republic. I wanted to explore his mind: What is it like to be that kid? What is it like to grow up after experiencing a childhood like that? And how is that different from his brother’s experience? They’re very much opposites, in that way, and I always knew that they would be opposites. Eden is the gentler of the two brothers. He loves flowers, he’s very soft, he’s quiet and kind of unsure. I wanted to explore that contrast between them and develop them a little bit more.

It’s very true that he was always an important player, if more in the background. Did you have this voice, this story for him in your mind that you’re now channeling in Rebel?
You know, I didn’t. When I finished writing Champion, I didn’t know where they would go from there. I had this weird feeling after I finished the original trilogy, that their voices left my head, which made me feel a little crazy. [Laughs] I didn’t know when they would come back to me. That was part of the process of finding the story, too. I knew I wanted to explore their society more, but I didn’t know if they wanted to do that. It took a few years for me to start hearing their voices again, and it was intimidating at first. It sounded different. I had grown older, so their voices sounded older. Eden has changed from a 9-year-old to [someone]in his early twenties, in Rebel. It was unusual to hear him in that way; how different he had become. It took a while to get there.

Day and June have grown up here, too. What was it like returning to those characters’ head-spaces, especially given the reader interest in their dynamic?
It was the same — a little intimidating! I left them in an open spot at the end of Champion. They had met each other again, but I left it to the reader, what happened to them in the future. That was how I left them in my head as well. I didn’t actually know if they were going to reconnect again. Not that I have a college-aged kid, but it felt like when you send your kids off to college. “Good luck, don’t drink too much!” That was very much how I felt at the end of Champion. I wanted to see how they had changed and grown. And I also wanted to explore my own thoughts for how they get back together, and how they find each other again, and whether they can reconnect. It’s been 10 years since the end of Champion. How have they changed? How do their different lifestyles clash with each other? Can they find their way back to each other? These were all questions I knew I had but didn’t know that I wanted to explore until recently.