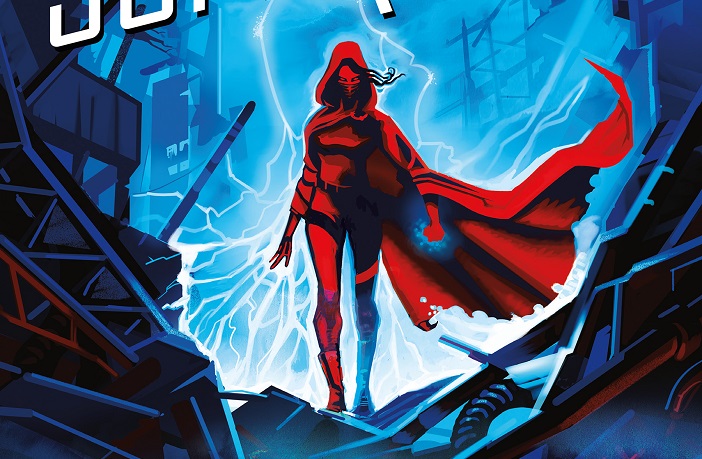 The first look at the final Renegades showdown is here!

After an explosive ending to Archenemies, there’s lots of tension to be had in the final book in the Renegades superhero trilogy, Supernova. Nova’s secret villain identity is more threatened than ever and Adrian can’t take credit for the biggest bust of his hero career, after all. But when Gatlon City is in more trouble than ever, can the hero and the villain come together to save them all?

EW just released the Supernova cover plus in excerpt from Nova’s POV to get you ready for the adventure!

The cover features both Nova and Adrian once again, though one is a little more prominent than the other. Nova is featured in sharp red detail, looking as menacing and dark as ever in her Nightmare getup despite her conflicted nature. Meanwhile, the Sentinel aka Adrian looms over the landscape in blue, the eyes on his suit shining bright.

Everyone has a nightmare.

Nova was pretty sure that her worst nightmare was walking back into Renegade Headquarters, wearing her Renegade-issued patrol uniform, less than twenty-four hours after her alter ego had infiltrated the building, stolen the most dangerous weapon of all time, stripped three Renegades of their powers using her stolen batch of the substance known as Agent N, started a fight that destroyed most of the building’s lobby, and witnessed Max Everhart nearly bleed to death amid the shattered glass of his demolished quarantine.

It wasn’t only surreal that she was returning to the wreckage in the first place, it was that she was doing so willingly. Nova had believed she would never come back here again. After months of working as a spy in the Renegades’ midst, she had successfully stolen Ace Anarchy’s helmet. She had what she needed to give Ace his power back, and together they would watch this organization crumble.

But things never went according to plan, and she hadn’t known that at the same time she was fighting for her life in this very lobby, a masked vigilante known as the Sentinel had discovered and arrested Ace Anarchy—the leader of the Anarchists and the uncle who had raised her.
Sweet rot, she hated the Sentinel. He was always around at the most inconvenient times, striking his ridiculous comic-book poses and spouting absurd catchphrases like “I’m not your enemy” and “You can trust me.”

Except, no one fully trusted the Sentinel, as far as she could tell.

Vigilantism didn’t fit with the Renegade code, and despite his attempts to seize criminals and aid the Renegades’ efforts, his stunts had often made the organization seem incompetent and ineffective. About the only thing Nova liked about the vigilante was his uncanny ability to get on the Council’s nerves. Meanwhile, his determination to hunt down Nightmare and his capture of Ace Anarchy hadn’t made him any friends among the villain set, either. The only people who appreciated the Sentinel’s efforts were Adrian, who seemed to have a rebellious appreciation for the guy, and the public, who saw him as a true hero, one who believed in justice and answered to nobody but himself. That reputation was solidified with his capture of Ace Anarchy.

Though she knew nothing was ever easy, Ace’s arrest had almost been enough to make Nova throw her hands in the air and succumb to the inevitable. Anarchists and prodigies like them would go on being hated, villainized, and oppressed for all eternity. She was almost ready to give up.