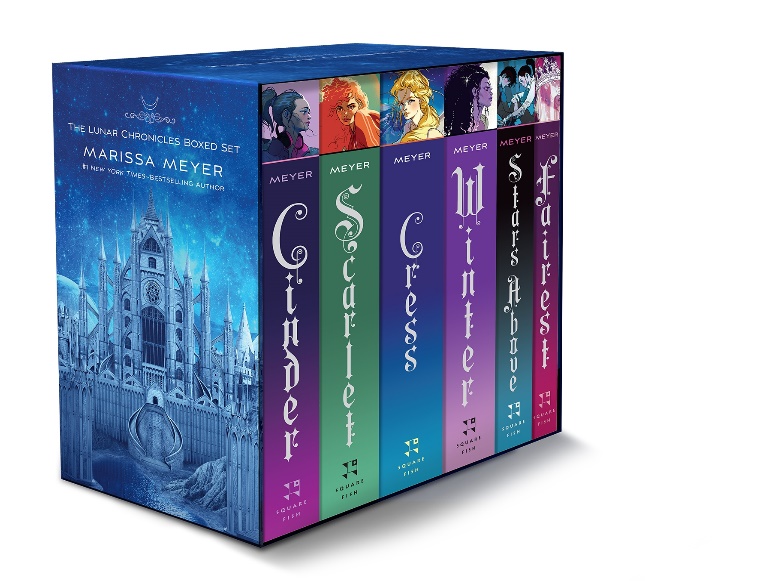 The Lunar Chronicles, Marissa Meyer’s debut book series has been optioned by Locksmith Animation (Ron’s Gone Wrong). The series of books, which includes Cinder (2012), Scarlet (2013), Cress (2014), and Winter (2015) is based on classic fairytales with a science fiction twist. Set in a futuristic world where Earth and the colony on the Moon, Luna are in turmoil. Cinder, a young cyborg who’s had a hard life becomes intertwined with a handsome prince. She musty uncover the secrets of her past to protect the world’s future. Along the way she teams up with Scarlet (a space pilot), Wolf (a street fighter), Cress (an imprisoned hacker), a Thorne (a fugitive Captain), Winter (the lunar princess), and Jacin (a palace guard) to rise up and defeat the evil queen.

Locksmith’s co-founder and president of production Julie Lockhart released in a statement, “Marissa’s books successfully turn well-known fairy tales into an epic, modern saga that will be engaging and relevant to today’s audiences. We could not be more thrilled about collaborating with her on bringing her vision to life through animation.”

“I am absolutely thrilled to be working with the team at Locksmith to adapt The Lunar Chronicles for the screen. Everyone has shown so much enthusiasm for these books and characters, and hearing about Locksmith’s vision for the project gives me the best kind of chills. I am as eager as readers are to see Cinder, Prince Kai, and the rest of the Rampion Crew brought to life with stunning animation, and a lot of love!” said Meyer on the adaptation.

Ron’s Gone Wrong was the studio’s first feature film and was released October of last year. Next up in production is That Christmas, a holiday film based on a children’s book.