Miles Teller stirred up a bit of fandom controversy last month when he made some pretty negative comments about his experience on DIVERGENT, but he’s clearing things up in a more recent interview for his new movie, WHIPLASH. 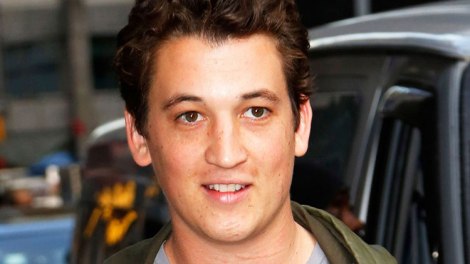 “I didn’t have an interesting part [in Divergent], and I’d taken the film for business reasons: It was the first movie I’d done that was going to have an international audience. I called my agent and said, ‘This sucks.'”

While speaking with The Hollywood Reporter, Miles said that his emotional state wasn’t so much a reflection on DIVERGENT as it was getting burnt out from filming and promoting four different projects for almost a year straight:

It wasn’t so much bored as it was … that was my first experience on a film of that length — four months. But at the end of the day, do I love going to set everyday? Yeah. With Divergent, I made a lot of good friends, but it came a month after That Awkward Moment, and That Awkward Moment was a string of four movies that I did that year. I think I was more burnt out than bored.

What do you think? Was this just a case of poor phrasing?

It’s Damien’s next film, it’s a love story called La La Land and is set in L.A. Where Whiplash looks at all the pain and the torture and the fear and the anxiety that come with performing music, this one looks at the joy and the love that you get from it. It’s a full musical; there will be dance numbers and I’m singing and Emma’s singing. I play a jazz pianist and she plays an aspiring actress — two people who are falling in love for the first time. The story centers on how their relationship is affected when you’re trying to make it as a couple in L.A. while maybe one person starts to achieve something and the other doesn’t.