When I found out that Disney was planning on making a live-action version of its animated film Aladdin, I thought this might be okay. Then I saw the live-action version of Maleficent and, although it was beautiful, they changed the Sleeping Beauty storyline completely and I wasn’t sure if I liked that idea. Then I saw the live-action version of Disney’s Beauty and the Beast, and again, although it was beautiful and the singing was nice, I found I liked the animated version much more. That’s not to say that it didn’t do well, because it certainly did, garnering awards nominations left and right.

By the time filming and casting news started for Aladdin, I was a little wary about how to take it all after having seen the previous two films. The big deal was the casting of Genie, who was voiced by famous actor and comedian Robin Williams. If you saw the animated version, you know the role was basically created with his likeness and his comedic antics in mind. He did such an excellent job as the Genie, his work on the film was practically what made it as successful as it was. 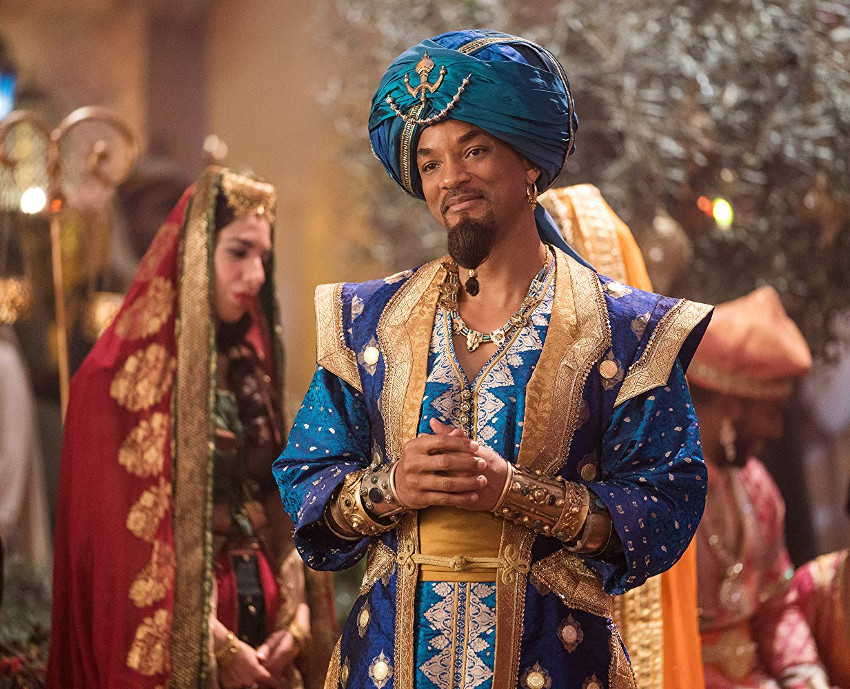 So, when the announcement was made that Will Smith was going to play the role that Williams had basically personified, there was no lack of criticism for this decision on Disney’s part, or director Guy Ritchie. There were plenty of people who screamed from behind their desks or phones expressing how blasphemous it was to hire a supposedly sub-par actor to take on the role that Williams had perfected. Then when a clip was released showing how Will’s Genie would look, again the fans’ rage roared on social media.

Interestingly enough, I had seen the clip myself, but I wanted to give it a chance, so I did. I watched it and found that I didn’t hate it. Sure, it’s not Robin Williams, and Will Smith with a topknot and NOT being blue probably wasn’t the most impressive thing to see, but honestly, I wasn’t going to get on my riot gear just yet. It was just a specific look, and who knows how much of that look was going to actually be on screen.

For the most part, it was rough waters getting to the premiere and release date of Aladdin. Smith’s images, along with the clip, and the trailer didn’t seem to be getting fans of the original animated movie excited for this. What was even more problematic was that the controversy with Smith was taking away from the rest of the cast, which happened to comprise of plenty of other people of color, including the actors playing the titular character and the love interest. This, I feel, was a fault that falls at least partially on the fans who couldn’t see past Smith for all the efforts Disney was doing to make sure the rest of the casting was appropriate for the characters. 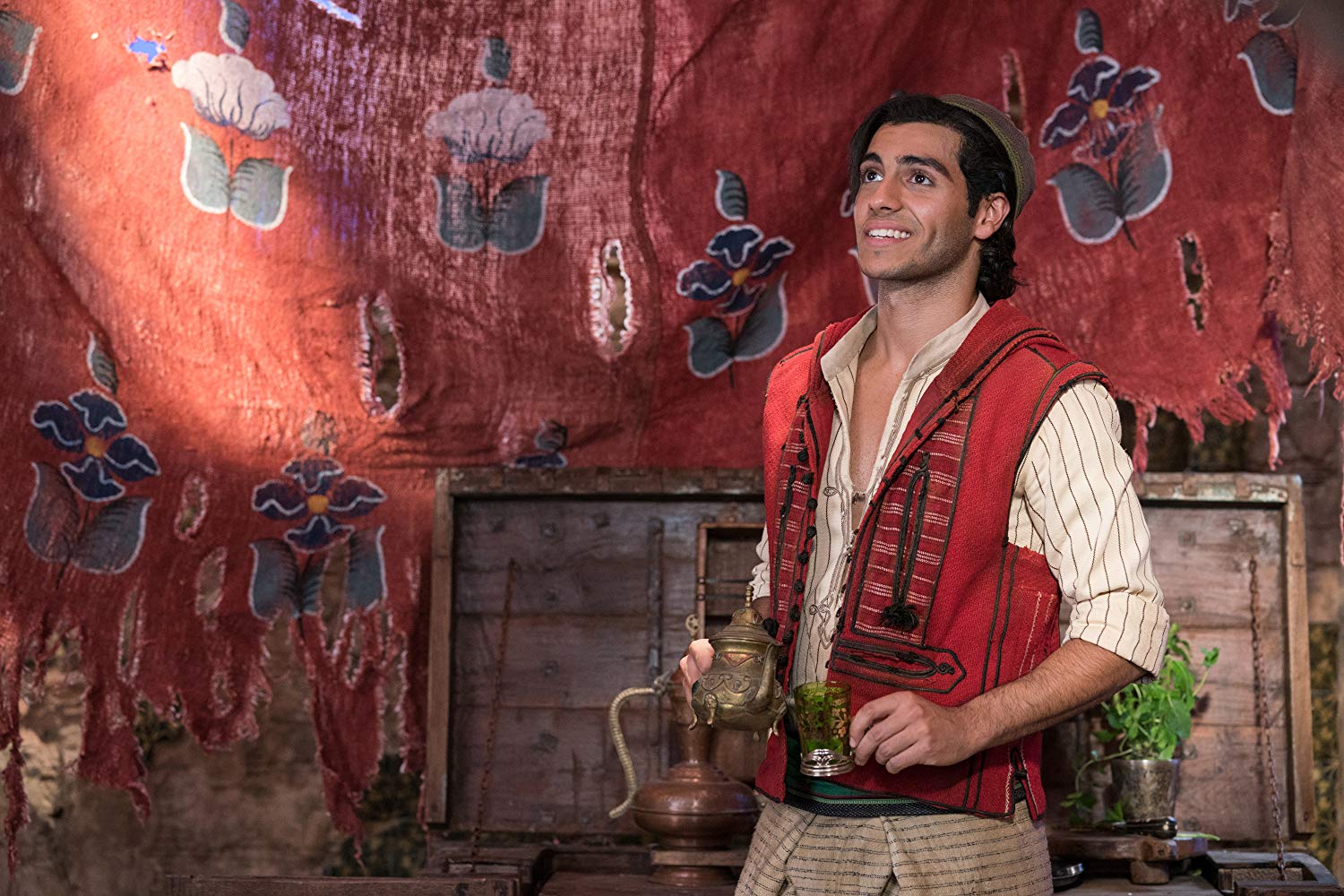 All that being said, I did go see the movie on opening night. Admittedly, I was unsure of how I would feel about it all. I, too, loved the original animated movie, and I, too, had seen what everyone else had seen so far, but I was nowhere near vocal or disapproving of Will Smith or Naomie Scott or any of the cast. That’s not to say that I went into the theater without cautious optimism, because that’s exactly how I went into the theater.

What I can say with confidence is that I’m so glad I did not feel the need or the anger or the desperation to voice any concern over this movie. Not Will Smith, not the storyline, not the other actors. Despite how people reacted to the clip/trailer/photos they’ve seen, and whether they were even going to attempt to watch the movie, I have no care at this point on their unfounded opinions. I’ve seen the movie and I loved it. Every second of it.

Let me get this out there. Will Smith played The Genie pretty well. Sure, he’s no Robin Williams. No one is. But the fact is that Will Smith wasn’t out there trying to play that same Genie that Williams was, nor was he trying to prove himself to be a better Genie. Will Smith was just playing Genie the best way he could play him, and that was fine enough with me, and I believe that would be fine enough for the many children who will be watching this version of Aladdin for their first time.

What I actually liked about Smith’s Genie was that, as funny and over-the-top as Williams’ Genie was, this Smith’s version allowed for the other characters to get their spotlight on as well, and that made for a more ensemble type of entertaining movie.

Both Mena Massoud and Naomi Scott really got a chance to shine in this film and that they did. Naomi was already an established singer/songwriter before she was cast to play Princess Jasmine, and Mena had trained in a renowned theater program at university in Canada. Being that the movie had more of a feel of the musical stage than an animated movie, they were really able to shows those talents on the big screen and it elevated the film from cautious optimism to energized approval.

One thing that I did question briefly was having Guy Ritchie as director. I’ve been familiar with his style when it comes to action-type films, and his stylized directorial approach can be a bit overwhelming  or off-putting. But I was pleasantly surprised to see his respect for the source material and his determination to honor the original movie by allowing it to show the beauty of the people and fictional oasis-type city that is called Agrabah.

For those concerned about the racist and negative connotations that were used as punchlines in the original animated film, I cannot say for sure, but I don’t believe that was an issue in this one. 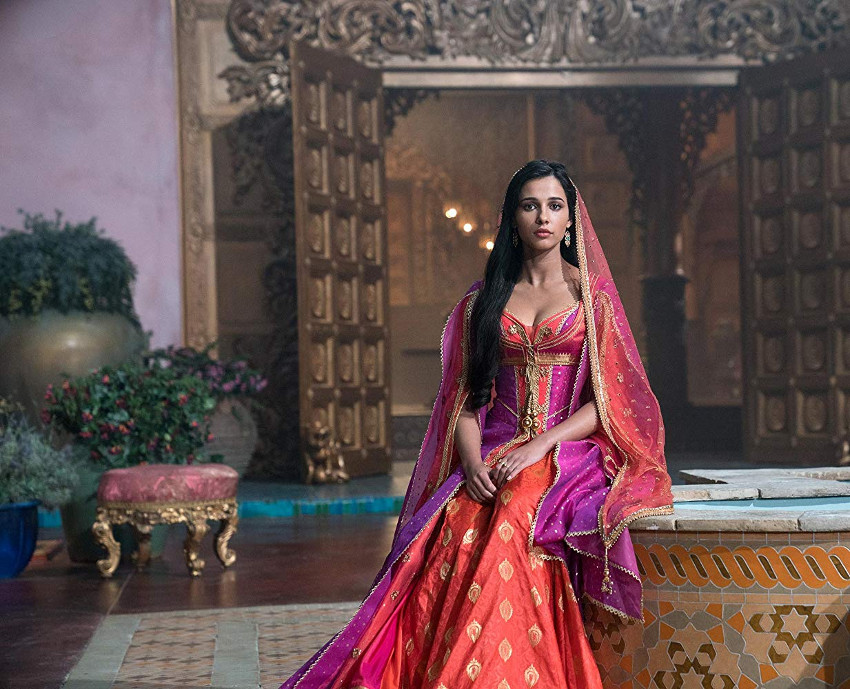 Another positive development is the change in Princess Jasmine’s arc, something that we’ve been seeing more and more of in film and TV. She’s not just around to be someone’s wife, but she has more of a purpose in this, and that’s such a wonderful sign of the times to see in this tale.

As far as the musical numbers, which includes some very entertaining dancing, it really was on par with the ones from the original. Several audience members in my theater couldn’t help but applause after each performance (I might have been one of them.)

Overall, I found Disney’s Aladdin to be a more satisfying live-action version of it’s former animated self than I did of Disney’s Beauty and the Beast. To prove it, I plan on going to see it again in theaters soon, something that I had no interest in doing for the latter. As I tweeted out earlier, it’s the truest live-action remake of a Disney animated film, and if they make other Disney animated films with as much sincerity as this one, I’m all for it.