I had the opportunity to see an early screening of Love, Simon, the movie adaptation of Becky Albertalli’s Simon vs. the Homo Sapiens Agenda. Both versions follow closeted Simon Spier as he falls for the mysterious Blue via e-mail, only to be blackmailed by a classmate who accidentally happens upon the email exchange. Simon must now do whatever it takes to protect not only his own secrets, but the boy’s who he has fallen for without even fully knowing. Even if it means complicating things for his best friends.

This film was advertised as being made by the creators of the movie adaptation of The Fault in Our Stars. This was a great comparison, as both followed one of my favorite rules of book-to-movie adaptations—change the details, keep the essence. Similar to TFIOS, Love, Simon changes plenty of details from the book, but the feel is the same. Simon’s family may have been slightly altered, his friends’ emotions may have been different, and several minor storylines removed (some more noticeably than others), but you are still rooting for Simon the whole way through. The audience was completely present for the entire ride—hurting when something went wrong, laughing during Simon’s more hilarious moments, and cheering when something worked out.

I loved the way the creators attacked Simon’s quirkier imagination. From the scene of straight classmates “coming out” to their parents, as seen in the previews, to the way he imagined each of the guys that may have been “Blue”, they did a great job letting Simon’s imagination free, while keeping the mystery alive.

One criticism I saw from trailer viewers who have not read the book was that the protagonist was an adorable white boy—pretty typical. And while Simon is indeed Caucasian in the film, I was happy to see more diversity than described in the book. Nick, Abby, Bram, and Ms. Albright are all played by actors of color, offering a far more diverse cast than the book presents.

Overall, Love, Simon is a successful book-to-movie adaptation of a phenomenal novel. Sure, there are several notable changes. Some improved the visuals or fit better with the timing, others seemed unnecessary. But everything I loved about the book was present in the movie, and I found myself squealing just the same. Go in ready for a good time, and not expecting every moment of the book, and you won’t be disappointed.

As for us at The Fandom, we’re just counting down the moments until we can see the movie again. 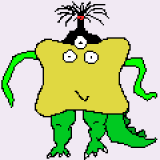 I'm Ellie and I'm a bookaholic.