The Sun is Also a Star is a groundbreaking film for young people of color and gives us a different look at a teen romance story.

Set in New York City, The Sun is Also a Star is about two teens who meet and spend the day together, finding themselves more and more attracted to each other, all the while having to deal with personal issues that could end their relationship before it even begins.

Yara Shahidi, the very talented actress who plays Zoey Johnson on the Freeform series Grown-ish, plays Natasha Kingsley, the logical, analytical, no-nonsense daughter of two Jamaican parents, whose family is forced to leave the country and go back to Jamaica. But Natasha has only ever really felt at home in New York as she was raised there since she was a child, and on the day before they’re scheduled to leave, she attempts one last time to find a way to stay. It just so happens to be the same day she bumps into Daniel Bae, the thoughtful poet son of Korean parents, played by the equally talented Charles Melton of the CW’s Riverdale series.

Though Daniel does not have the same problem as Natasha does, he does have his own personal issues to deal with that same day. But for him, Natasha may be just what he needs to find his own path to what he wants in life. For him, this is fate, and fate is not something he can ignore.

Based on Nicola Yoon’s bestselling novel of the same name, the movie explores the streets of New York through these two people’s eyes. The city is big and you can tell by how we are taken through many overhead and sweeping shots of the buildings and cars and people that roam in the streets below. It can be somewhat nostalgic, even if you haven’t been to New York yourself.

The movie doesn’t play out like a regular romance between teens. It’s interesting in the way it presents the characters not only in dialogue but also in scenes with no dialogue, their interactions being accompanied by pleasant, emotion-evoking music throughout the movie. You get to see the couple’s chemistry without having to know everything they’re talking about, so there are quite a few scenes where it’s just you observing them.

What dialogue you do hear feels pretty simple, but also very much realistic for these intellectual teens. They aren’t geniuses, but they do have some moments of understanding and well-meaning discussions. Shahidi and Melton do work off each other quite nicely, which is nice considering the number of times the camera gets up close to their faces.

Overall, I found the movie enjoyable, though at a different pace than what you’d expect from a teen romance movie. It’s not as heavy handed as something like The Fault in Our Stars, but it also doesn’t reach for cheap teen humor or sex jokes. It plays off of the feelings and emotion of the moments as the two characters explore the city. Admittedly, this might narrow down the interest of some moviegoers who are not used to quiet, though sweet, moments or scenes, but fans of Yoon’s book should find this adaptation pleasing.

Both Shahidi and Melton have often expressed their joy and honor in being able to play these roles and it definitely shows. The director also seemed to know how important it was to give this movie a different look and to give two characters like these two the screen time the fans have been wanting for a long time, and it was well appreciated.

Because of that, we hope that even if you have not read the book (which is definitely worth reading as it explores more of the familial relationships of the two main characters), you give this beautiful movie a try, and support those actors of color who we know deserve to be noticed.

The Sun is Also a Star is directed by Ry Russo-Young (Before I Fall) with the screenplay by Tracy Oliver (Girls Trip) and opens in theaters tomorrow, May 17th. 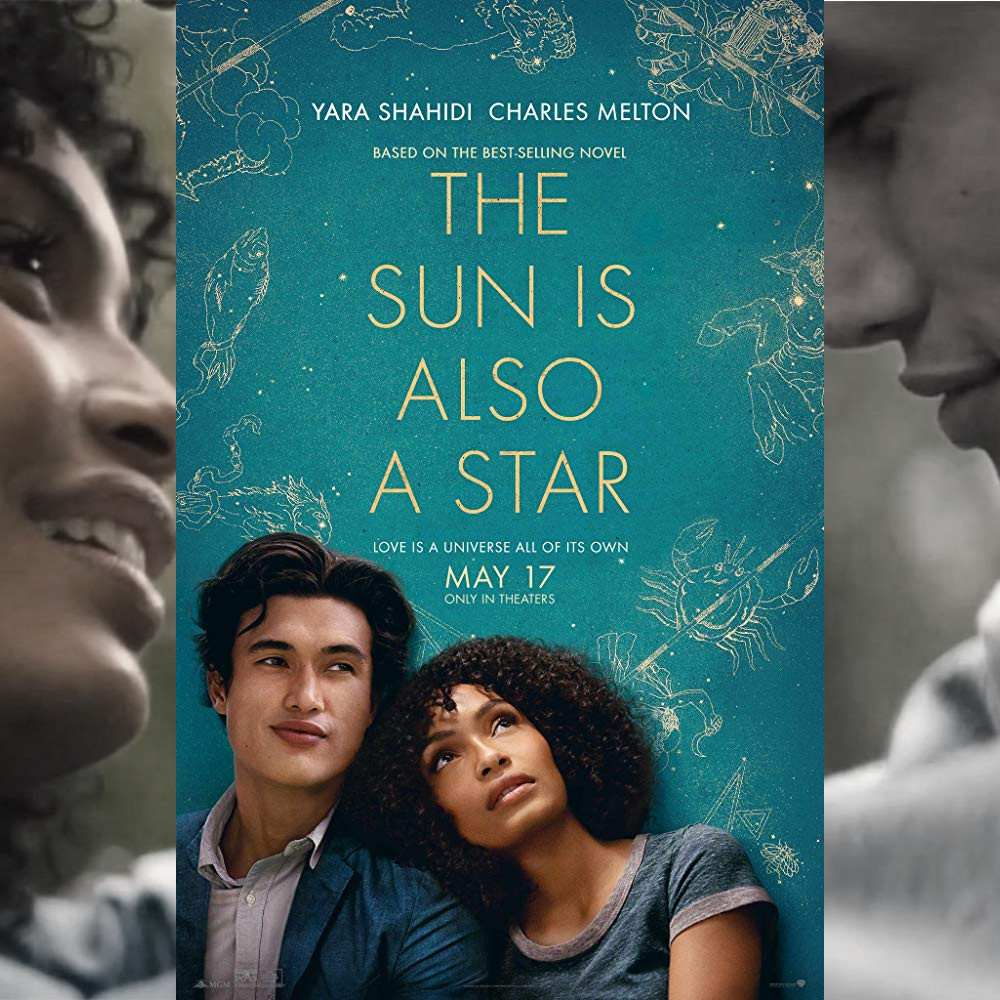