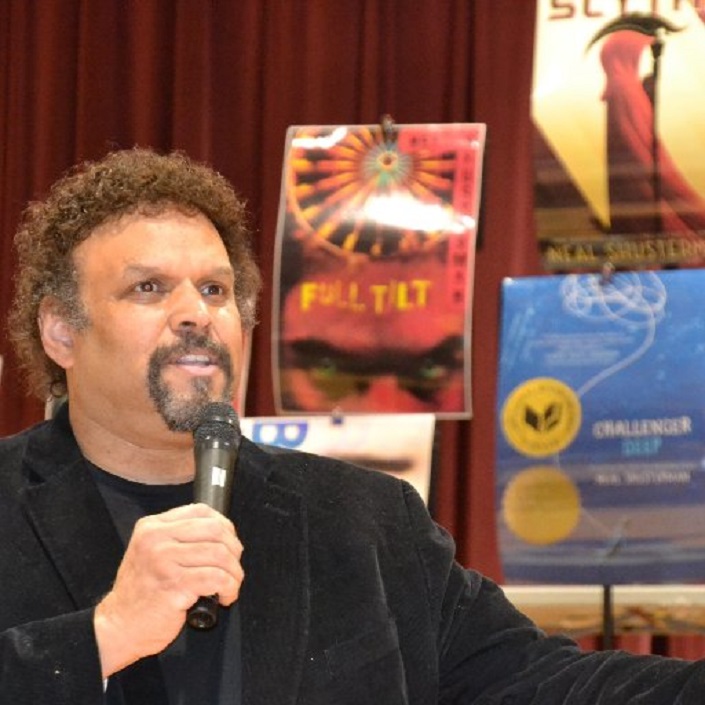 Despite many valid criticisms of the show, 13 Reasons Why was a breakout series for Netflix that essentially launched the streaming service’s push for teen content, especially young adult book adaptations.

Brian Yorkey served as showrunner throughout the series, but now he’s moving on to his next project– and no surprise here, it’s based on an upcoming YA novel.

Yorkey is teaming up with bestselling YA author Neal Shusterman for an adaptation of Shusterman’s next novel, Game Changer. Deadline describes the story as a “present-day Quantum Leap,” but very little is known about the project as the book isn’t due to hit shelves until September 2020. There isn’t so much as a vague multi-sentence description out in the wild right now, but we know it’s sci-fi, at least.

13 Reasons Why is due to get a fourth and final season that will probably be released in late 2020– if the show follows a similar pattern for gaps between seasons as it has in the past– so Game Changer probably won’t have one of those cases in which the book and its adaptation drop around the same time.

We’re super excited to learn more about Game Changer and its upcoming adaptation, of course, but we have one question: When is Unwind getting adapted?!