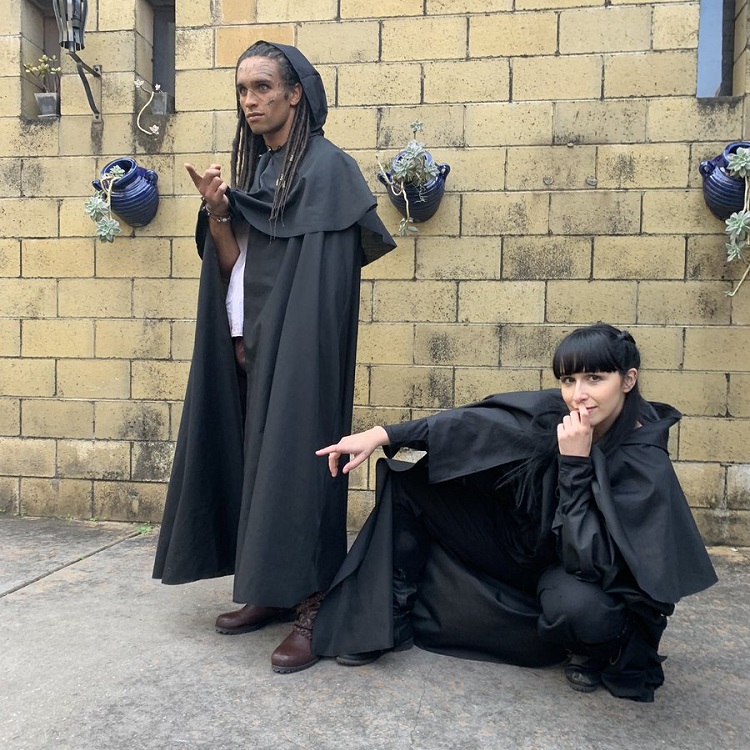 Apparently we’ve been living under a rock, because Jay Kristoff‘s Nevernight is getting an adaptation and it’s already started filming!

The production stars Piéra Forde, who also adapted the project, as Mia Corvere, a novice assassin in a dark fantasy world on a deadly revenge mission. Jordi Webber also stars as Tric, a beloved character in the universe. If it’s anything like the books, it will be quippy, brutal, and very entertaining.

Check out a few photos shared by Forde, Webber, and Kristoff as filming kicked off:

It’s important to note that Nevernight is NOT YA– It’s much darker and gorier. Still, if you’re not opposed to an adult crossover that breaks all the rules, this series is for you. We’re not quite sure how that will translate to the screen, but we’re ready to find out.

The films are being created for television in Kristoff’s native Australia, so it’s not quite know if or when they’ll hit screens internationally. But with all these streaming services and the power of the Internet, it’s bound to happen eventually, right?

In the meantime, check out Nevernight now via Amazon!