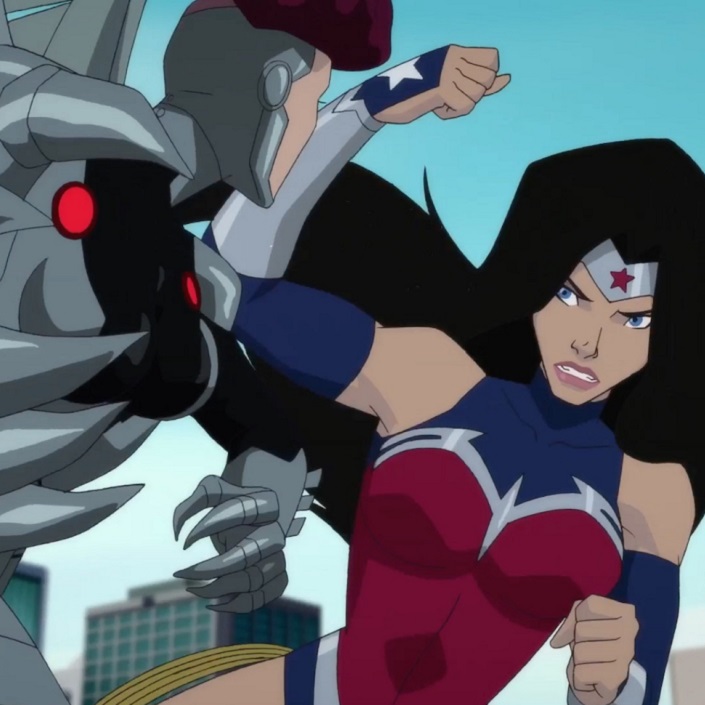 Even though getting the chance to speak with A-List actors and actresses are always so much fun, there is something uniquely interesting about speaking with the creative team behind a project.

Not only do we get to dive into the nitty gritty of the story’s nuances and development, but we also get to find out some behind-the-scenes decision-making that we may not necessarily see play out on our screens.

It was a joy to speak with the Wonder Woman: Bloodlines creative team. All had incredibly insightful things to share about the project and how this film is different from past Wonder Woman films.

We mainly covered three core topics surrounding the film: Wonder Woman as a character, the crafting of the film, and the individual’s connection to the project.

Here’s what each creative team member had to say about each topic.

WONDER WOMAN AS A CHARACTER

Wonder Woman is sort of an enigma. She doesn’t really have people around her and so we wanted to explore the mythology as far as her people. Where does she live, who are the people she hangs out with…

That’s the difference between her and Batman. Batman in his mind never makes mistakes. And if he does, he’s going to punch the hell out of everybody else or he’s going to try his best to outsmart everyone. But Wonder Woman allows her vulnerability to show through.

Wonder Woman: Bloodlines is really a story about redemption, friendship and not giving up on people and about who can come back and who’s worth saving. […] Can you save the villain? How much are you willing to give up to try and save the villain?

We didn’t want things to be overly cartoony or like a typical serious drama. We wanted this to feel like more of a chapter than sort of your epic one-of tale. It [Wonder Woman: Bloodlines] stems from the start of something and fleshes her out a little bit. Then it catches her back up to where she’s at now.

Sometimes I wish we had a little bit more time to think about how to get to the story rather than getting to it so quickly […] we do think what the fans think since obviously if you don’t make something that does well, you can get crucified.

I wanted to give that balance of someone who has a very open heart, a person who never wants to fight. Because fighting is never her first choice but it is something she is willing to do but it’s a last resort.

And I wanted to give that play of with that “how far would Wonder Woman go and save people and at what point is it too far?”

The greatest challenge I guess was that we had a new designer that necessitated different ways of treating the characters. We went in it thinking of it more as a Disney movie with the color palette a little brighter. I didn’t want it to be dark and dreary. So it wasn’t a hard challenge but a welcomed challenge to make it look different than some of our other movies from before.

Fans are going in there with expectations and believe it or not you do not want to see the same thing over and over again. You have to be really careful about things in a character’s past they you’re changing in an attempt to make it fresh. But you’ve got to make it fresh otherwise nobody would want to watch it.

THE INDIVIDUAL’S CONNECTION TO THE PROJECT

But also I think it’s difficult because every fan’s opinions is so different and you can’t please everyone. So we try to do the best we can and stick to telling the story that makes us most happy.

There’s a lot of people who don’t like animation. So even animation has an uphill battle to reach everyone but I think we do a better job at reaching people than comics

Part of being in animation is that we’re an extension of the comics […] there’s a lot of cool things in the comics but because of the medium, people are bias against the comics. So we all have a responsibility to make sure that these characters are well-represented and reflects the comics.

When I came in, it was after they had both started so it was trying to figure out where we were in terms of the story. The three of us had to have one voice and that’s not always the easiest thing to do.

You as the writer have to always be driving for the next action, visually driving movement. Let the director decide what to do with the scenes.

“Being a good person is more than about hurting bad people.”