Cover Reveal & Excerpt: OF CURSES AND KISSES by Sandhya Menon 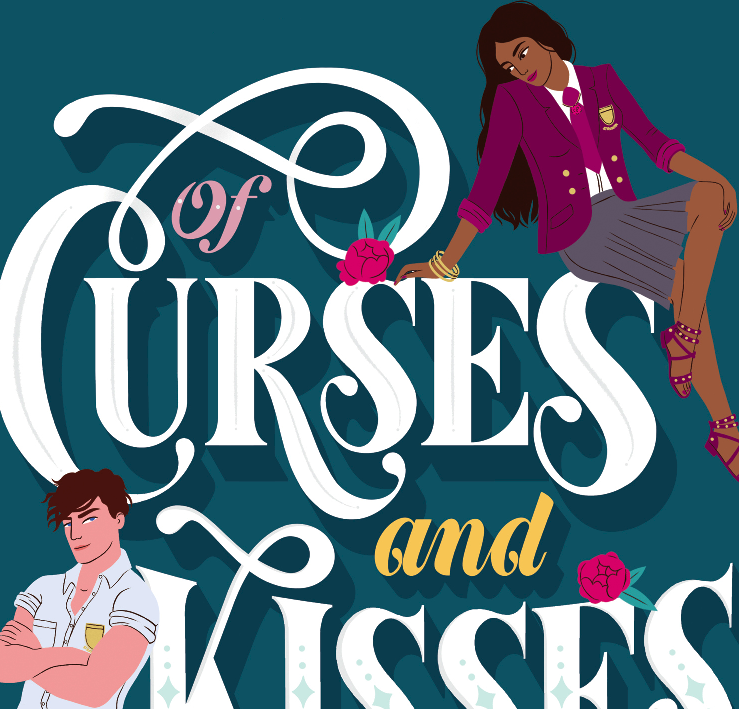 Sandhya Menon is best known for her adorable contemporaries set in the world of When Dimple Met Rishi, where all of the characters’ lives are pretty normal and straightforward. But her next YA novel is taking readers to a new location for a royal fairy tale twist!

Of Curses and Kisses, the first novel in Menon’s St. Rosetta’s Academy series, will introduce a lux boarding school attended by royals for a spin on Beauty and the Beast. Princess Jaya Rao sets off to St. Rosetta’s knowing of the vicious feud between the Emerson family and her own– a rivalry that just left her younger sister sorely embarrassed in its latest incident. Jaya has a plan to strike back: Make Grey Emerson fall in love with her, then break his heart.

That can only go well, right?

Bustle unveiled the super charming cover for Of Curses and Kisses on their site, along with a Chapter 1 excerpt. Check it out below!

Just outside Aspen, Colorado, nestled between the sentinel mountains and an inkblot lake, lies St. Rosetta’s International Academy. Its sweeping spires, creeping ivy, and timeworn brick turrets often lead visitors to remark that it looks like a venerable castle from an old European city. The Academy would be Princess Jaya Rao’s home for the next year.

While she was there, Jaya had one mission: break an English nobleman’s heart.

But first she had to fall in love with him.

READ THE FULL EXCERPT VIA BUSTLE

Of Curses and Kisses hits shelves on February 18, 2020. You can preorder it now via Amazon or support your local independent bookstore via Indiebound.