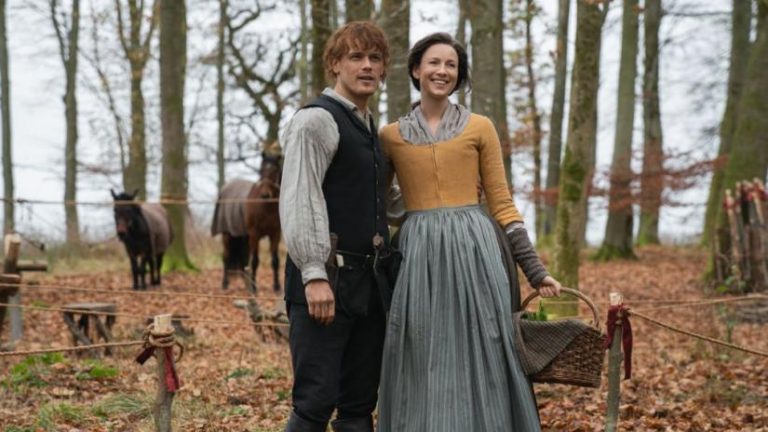 Earlier on Thursday, Outlander teased a casting announcement with this tweet:

Then, Sam Heughan shared a photo of him in costume as Jamie Fraser with a cute kitty curled up on his shoulder.

Fans of Diana Gabaldon’s series know Adso is Claire Fraser’s (Caitriona Balfe) cat. The was given the feline as a gift from Jamie who picked him up on the side of the road when returning home from the gathering of clans. Adso’s name comes from the cat Jamie’s mother used to have and the newest member of the Fraser clan plays a fun role throughout the series.