OUTLANDER Teases A Wedding And More In Season 5 Images 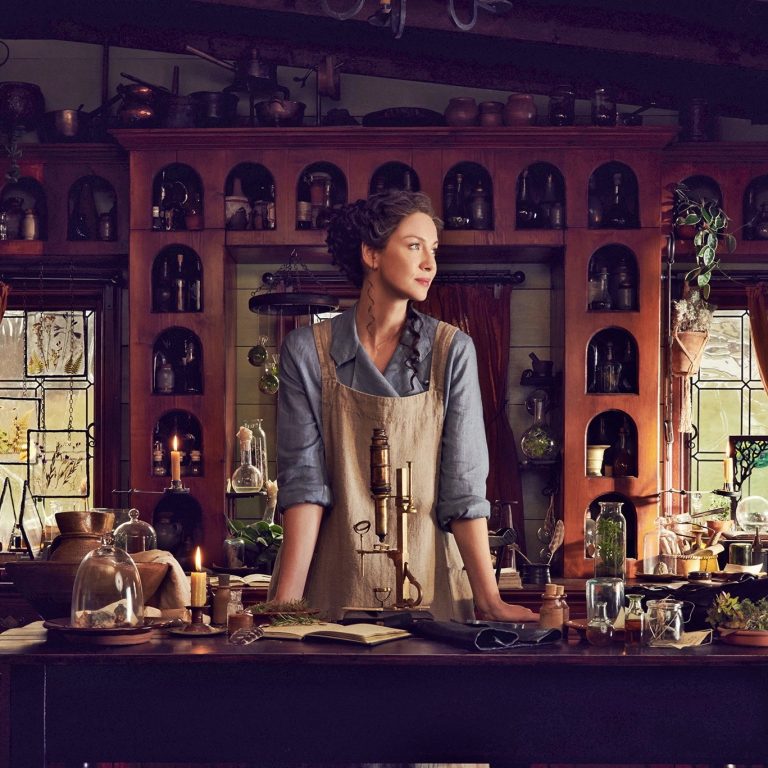 When Outlander returns for season 5 all of Fraser’s Ridge will gather for a wedding celebration between Brianna (Sophie Skelton) and Roger (Richard Rankin). In this first look photo, Claire (Caitriona Balfe) and Jamie (Sam Heughan) look on as the two commit to one another.

In this mext image, we get to see a new set piece from season 5. Jamie has built a new home for him and Claire, which includes a surgery. According to Balfe, “Claire makes her own medicine. It’s been really interesting having her find ways of being able to perform certain surgeries that would have been so commonplace in the 1960s.”

And finally one of the cutest additions to the cast is Claire’s pet cat named Adso.