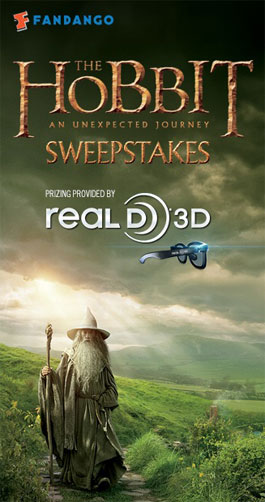 Guess what? The first film of The Hobbit trilogy is going to be 2 hours and 40 minutes long. Don’t say you weren’t expecting it to be so long, because if you know Peter Jackson’s recent films, then you should know that he probably doesn’t understand the meaning of “under 2 hours.”

Also, you’ll be happy to know that Fandango is hosting a sweepstakes that gives you a chance to go to the world premiere of The Hobbit in New Zealand!

You can read the full article on Fandango.com.