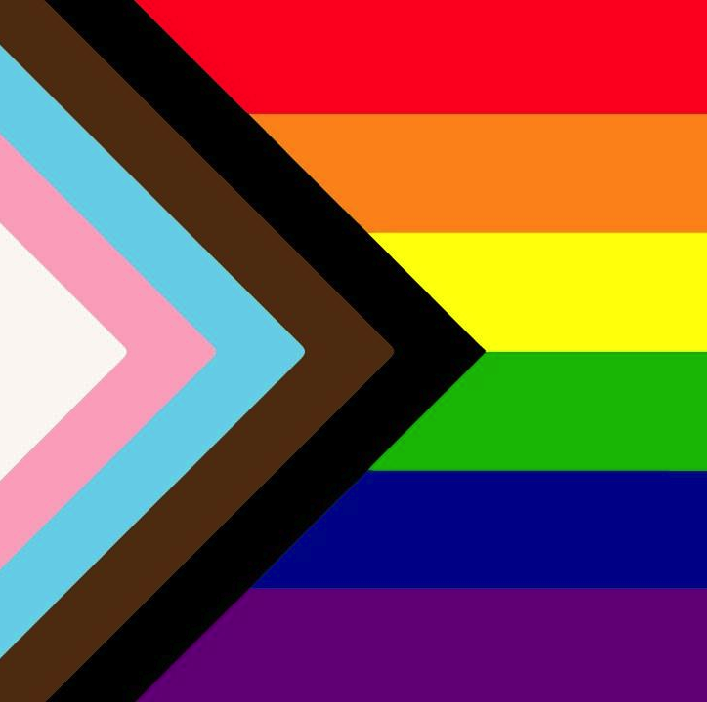 June is Pride Month and to celebrate, The Fandom is recommending some of our favorite YA reads featuring characters on the tail end of “LGBTQIA+”!

Why not lesbian, gay, and bisexual YA titles, you ask?

We think it’s important to read widely and diversely, including books with lesbian, gay, and bisexual characters. That being said, openminded YA readers seem to have a better understanding of what those labels mean and where to find books featuring lesbian, gay, and bi characters. Other labels on the vast spectrum of sexual identity such as transexual, genderqueer, asexual and intersex get a little less attention, so our hope is to put the spotlight on them.

AND SHE WAS by Jessica Verdi

Dara’s obsession with pursuing a pro-tennis career takes a backseat when she discovers a big secret about her mom. It turns out Dara’s mother is actually her birth father. Mellie was once Marcus. Dara immediately feels betrayed. She has no problem with her mom being trans, but her mother lying to her all her life–that’s another story. There is a lot to learn and repair between mother and daughter.

I WISH YOU ALL THE BEST by Mason Deaver

Ben De Backer is struggling through senior year. After coming out as nonbinary to their conservative religious parents, Ben was kicked out and taken in by their older sister and her husband. Ben is simply trying to get through the rest of the school year, but their whole world is rocked when Nathan Allen takes them into his social sphere. Despite dealing with severe anxiety, Ben finally can see a path toward living the life they want, and maybe even love.

IF I WAS YOUR GIRL by Meredith Russo

Amanda Hardy is new to her school but so far, the move has been good for her. Amanda has a strong group of supportive friends and a budding relationship with a charming boy named Grant. But Amanda is keeping a secret: Last year, at her old school, she was Andrew. Amanda will have to reconcile her truth as a trans woman, even if it means risking some of the most important relationships in her new life.

After Alice’s girlfriend breaks up with her because she doesn’t enjoy sex and has not quite come to grips with her biromantic asexual identity, she swears off dating. But when Alice’s best friends get married and she meets a boy at the library she can’t stop thinking about, her plan is turned upside down. Now Alice must come to grips with her asexuality and decide if it’s worth risking this new relationship to see if he can accept her for who she is.

MAGNUS CHASE AND THE GODS OF ASGARD series by Rick Riordan

Magnus Chase is dead, but he’s also the son of a Norse god, and thus his heroic death has led him to an afterlife in Valhalla, where he faces adventure nonetheless. In the second book of the series, we meet the wonderfully exuberant Alex Fierro, an enby and child of Loki, who becomes a very important person to Magnus.

NONE OF THE ABOVE by I.W. Gregorio

Kristen is a champion athlete, a model student, and the homecoming queen. But when her first intimate experience doesn’t go quite as planned, Kristen discovers something unexpected: She’s intersex, meaning she has male chromosomes. While she’s outwardly female, she has male “parts” internally. The secret quickly leaks out to her classmates and the world as she knows it spirals out of control. Can Kristen face them and learn to accept this new reality?

Fandom, a podcast, the college experience, and sexuality collide with such beauty in Radio Silence! This novel features a mainly LGBTQ cast of characters, but including bi, gay, and lesbian characters, but it’s on our list for being one of very, very few books that openly features a demisexual character. Demisexuality refers to someone who doesn’t feel sexual attraction towards others unless they’ve already formed a strong emotional bond with that person. Some authors will word-of-mouth retcon in that a character is demisexual, but Radio Silence puts it right on the page!

SYMPTOMS OF BEING HUMAN by Jeff Garvin

Riley is genderfluid, but their father is a conservative congressman, so openly discussing this doesn’t feel like an option. Thankfully, the power of the Internet makes a huge difference as Riley starts a blog to share all their feelings about sexuality and life in general. The blog gathers a huge following, but things turn dark when someone discovers that Riley is the author and threatens to expose them to the public. Will Riley share the truth or lose out on the online community who shows the most support?

THAT’S NOT WHAT HAPPENED by Kody Keplinger

It’s been three years since Lee’s best friend, Sarah, was killed in the massacre that left seven students and two teachers dead. Three years since the false story of Sarah’s death came out and Lee was unable to correct it. Together with the other witnesses, Lee’s determined to tell the truth of what really happened that day– all of their truths. If you’re looking for an emotional read and a diverse cast, this one’s for you. With an asexual lead, a lesbian Latinx character, black character who is also blind, and a young woman in a wheelchair, this book has some of everything. And they’re all trying to live with the pain of their past, in their own ways.

WHEN THE MOON WAS OURS by Anna-Marie McLemore

Unlike much of this list, Anna-Marie McLemore’s When The Moon Was Ours adds a dash of fantasy to the subject! The magical realism novel focuses on Sam, a bacha posh aka a biologically female child who lives as a male until puberty. Though bacha poshs are not uncommon in certain cultures, Sam is different. Sam knows deep down that he truly is a boy. But when the neighborhood gets a hold of his secret, it could have major effects on more than his own life.

Book Review: THAT’S NOT WHAT HAPPENED by Kody Keplinger

The Fandom’s Most Anticipated YA Books: September 2018