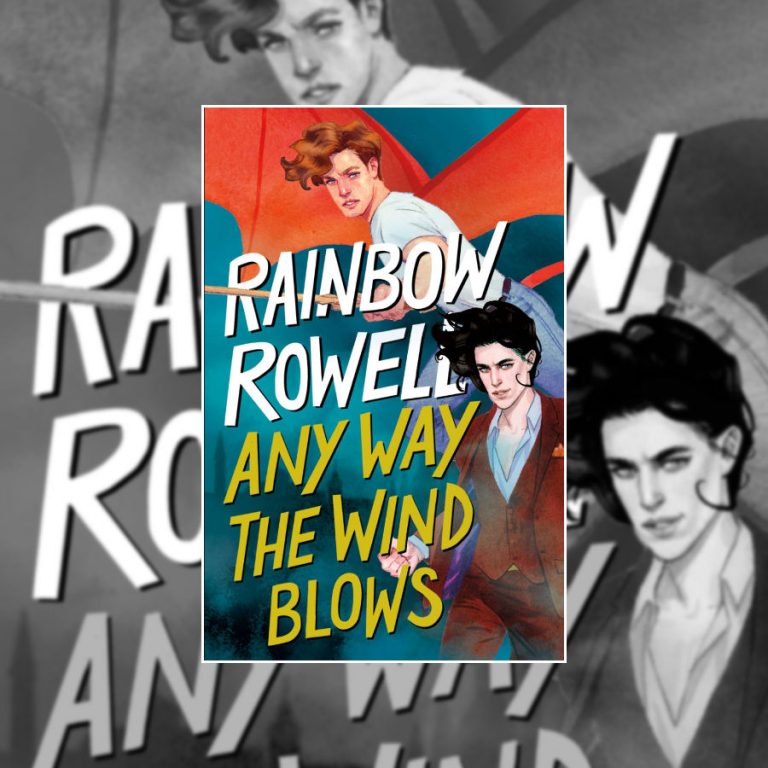 Any Way the Wind Blows by Rainbow Rowell has a release date and a cover that we are definitely blown away by!

Fangirl author Rainbow Rowell recently release the cover for book three of the Carry On series, Any Way the Wind Blows, and we’re so down for this book we cannot wait for 2021! Seriously, we can’t. We mean, who doesn’t want to know what’s next for Simon and Baz? Can they find their true happiness together and see that they’re worthy of each other? Will Simon get his magic back? Will Baz finally see how much Simon loves him? Will Watford be saved?

The cover reveals that, as with its predecessor, Wayward Son, and the revamped one for Carry On, the art is by none other than Kevin Wada, who’s made a name for himself with his unique style and aesthetic. The design was by Olga Grlic, and follows the same theme from the previous books, though as stated, book one was redesigned to fit the favorited theme established with book two, with both Simon Snow and Baz Pitch featured together on the covers.

Rainbow posted the release date as being July 6, 2021.

And though it’s a bit of a ways still, we’re just so excited for this book! You can pre-order it, of course, at any of the following:

About Any Way the Wind Blows:

In Any Way the Wind Blows, Simon and Baz and Penelope and Agatha have to decide how to move forward.

For Simon, that means deciding whether he still wants to be part of the World of Mages — and if he doesn’t, what does that mean for his relationship with Baz? Meanwhile Baz is bouncing between two family crises and not finding any time to talk to anyone about his newfound vampire knowledge. Penelope would love to help, but she’s smuggled a cursed American Normal into London, and now she isn’t sure what to do with him. And Agatha? Well, Agatha Wellbelove has had enough.

Any Way the Wind Blows takes the gang back to England, back to Watford, and back to their families for their longest and most emotionally wrenching adventure yet.

This book is a finale. It tells secrets and answers questions and lays ghosts to rest.

Carry On was conceived as a book about Chosen One stories; Any Way the Wind Blows is an ending about endings. About catharsis and closure, and how we choose to move on from the traumas and triumphs that try to define us.

Cover Reveal: GARDEN OF THORNS AND LIGHT by Shylah Addante