Book Review: RAYBEARER by Jordan Ifueko is sprinkled with beautiful prose that delves into the mythology of Nigerian folklore. 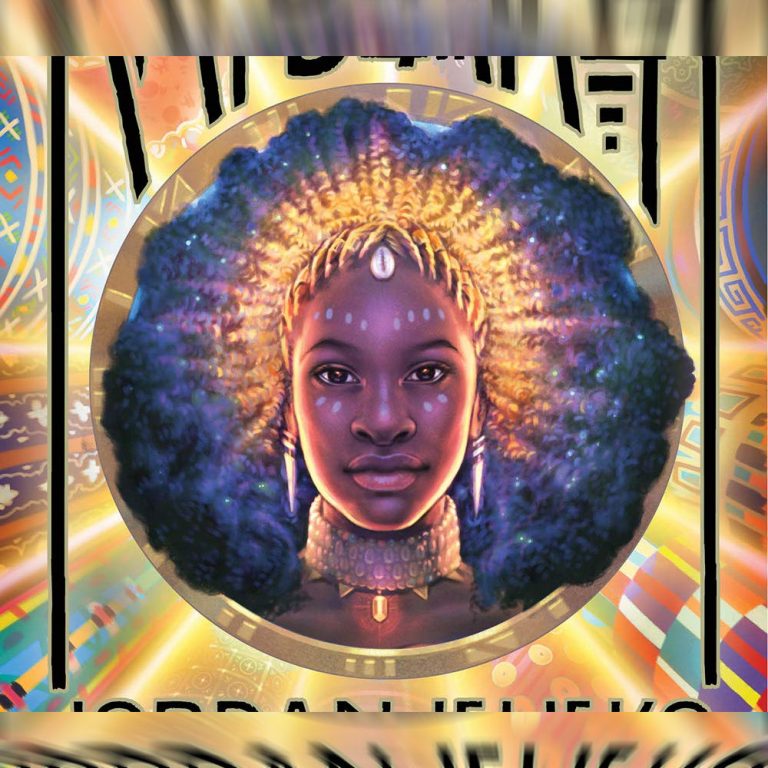 RAYBEARER explores the importance of friendship, power, truth, and entwined with magic, love, and heartbreak.

Raybearer follows the journey of a young girl named Tarisai throughout her youth into young adulthood. She is set on a path by her absent mother to kill the young crown prince Dayo. Tarisai is meant to win his favor during a competition in which he will choose eleven children to sit on his council, and then when he expects it least, she is to betray him. Little does she know, however, that she would grow to love the prince, and the new family she finds within the palace. Tarisai must discover whether the love of her newfound family can overcome her need to impress a mother who never showed her an ounce of affection. This, however, is only a piece of Tarisai’s tale. Her story is wrapped in mystery and scattered with puzzles where answers are limited and more questions are asked with every turn of the page.

Tarisai knows very little of her past, and even less about her future. She is motivated to gain the love of a mother she barely knows, but slowly begins to question her purpose, as well as the truths or non-truths she had been taught throughout her youth. Tarisai is strong willed, and will do anything she can to protect the people that care for her. Even though she has been met with questions her entire life, she is not afraid to ask even more to challenge the ideals she has been raised to accept. Her relationships with the other characters are what drives the novel as well. Tarisai becomes driven by the love she has found with her new family, but haunted by the need to win the love of her old one. She grows throughout the entire novel, and seems as if she will even continue to grow beyond it.

Raybearer is unlike any book I have read before. Every answer feels like another question, but once all those questions are asked, the answers fit together so nicely that you wonder why you hadn’t figured them out in the beginning. The novel moves slowly at first, with the author focusing more on the world building. In addition, the story follows Tarisai from an extremely young age, and everything starts off hazy and is surrounded with mystery. As Tarisai learns more about herself, the story picks up in pace and then moves swiftly and smoothly until the very end.

Raybearer shows the necessity of a strong female lead who believes in justice for all, but also the importance of forgiveness. It discusses the importance of trusting yourself, and finding your true purpose by fighting for what you believe.

Raybearer will be released on August 18, 2020, and you can pre-order you copy at the following links:

Nothing is more important than loyalty.
But what if you’ve sworn to protect the one you were born to destroy?

Tarisai has always longed for the warmth of a family. She was raised in isolation by a mysterious, often absent mother known only as The Lady. The Lady sends her to the capital of the global empire of Aritsar to compete with other children to be chosen as one of the Crown Prince’s Council of 11. If she’s picked, she’ll be joined with the other Council members through the Ray, a bond deeper than blood. That closeness is irresistible to Tarisai, who has always wanted to belong somewhere. But The Lady has other ideas, including a magical wish that Tarisai is compelled to obey: Kill the Crown Prince once she gains his trust. Tarisai won’t stand by and become someone’s pawn—but is she strong enough to choose a different path for herself? With extraordinary world-building and breathtaking prose, Raybearer is the story of loyalty, fate, and the lengths we’re willing to go for the ones we love.