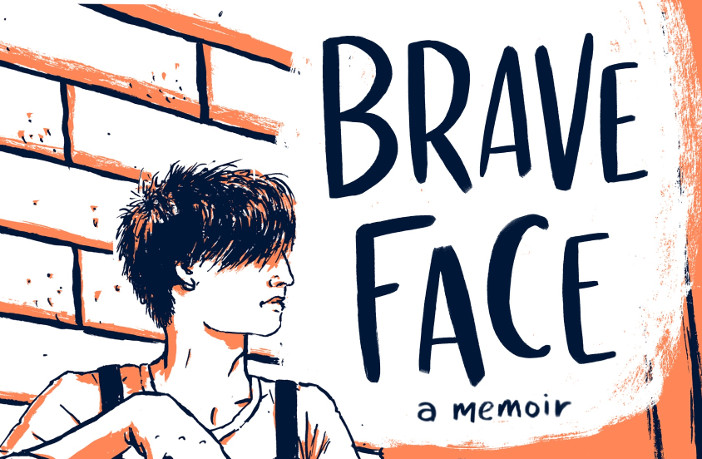 YA Author Shaun David Hutchinson opens up about coming out in the 90s, and dealing with his depression, in this must-read memoir, BRAVE FACE.

When I look for a book to read, I don’t automatically search the autobiography section to find something interesting to read about. It’s not normally my thing, but there have been a few times that I have found a memoir worth reading, and Shaun David Hutchinson’s Brave Face is definitely one of those worth my time…and yours.

In Brave Face, Shaun writes about a very formative period of time in his high school/college years, which many of his readers may find themselves as being in a similar situation. Though the readers may not have the same experience he has, it’s worth noting that the emotional and psychological stress of growing up during that time of anyone’s life can be very palpable.

But Shaun unfolds his story from right before he realized he was gay, and into his first years in college, soon after he attempted to end his life. Thankfully, that’s not where it stops. He explains how he was able to get through that time in his life, but he doesn’t try to sugarcoat it with promises of dancing, happy, gay people singing musical numbers 24/7. He tells it how it is, both the times he was wronged people and the times he was wronged.

As I was reading Shaun’s story, I kept thinking back to when I was growing up in high school and college. I certainly didn’t have the same experiences as he did. I am not gay nor did I suffer from clinical depression, but I remember how the gay community was looked on as being like a lesser species. I remember how people’s (limited) knowledge of the AIDs epidemic skewed their perception of gays in general. What I didn’t think to realize was how this personally affected those who were gay, especially teens who were just realizing their sexual identity and not knowing how to deal with it because they were either scared or confused, or both.

What Shaun does is basically detail that in his book, including the fear of what would happen if people knew he was gay, and the loneliness he felt so often. Not only did Shaun have to learn to accept himself for who he was, but also work through his depression, which no one had really caught on to, which exacerbated the negativity he was feeling.

It’s emotional and raw and painful at times to read, but I believe Shaun felt it was important to reveal the truth as he knew it despite what readers may think of him. He felt it important to show the readers that things and people can change, even oneself, for the better. Even for those who are in their teens, who make constant mistakes, and who even wrong the people they care about… or don’t care about. There’s a hopefulness that he, and I as a reader, would want people, in whatever situation their dealing with, to feel by the end of the book.

This story is important to tell, especially for those struggling with their identity, whether it be sexual or mental or whatever it is. Being a teen is hard enough, but this book shows those readers that they are not alone in their pain. This book shows there are others that are hurting just as much as they are, and there is still hope to grasp.

I hurt for Shaun throughout reading the book, and there were many times I wished I was sitting next to him just so I could hug him for all the pain he went through. Like I said, my experiences were not the same, but I also experienced moments of loneliness and moments of sadness, as all teens do. As a matter of fact, there likely isn’t anything that Shaun has written that every teen hasn’t had a bit of experience dealing with at one point in time. There’s a reason why this book hits on so many levels. However, imagine feeling those emotions ten times worse. It’s not something that I can ever fully understand. I can only empathize with people like Shaun, and I can appreciate his willingness to share his story, which he does so brilliantly, with others in hopes of helping them. This is a definite MUST READ.

As he does in the beginning of the book, I will warn you of the trigger content:

For those of you who need guidance, please look into those sites or call these numbers:

Shaun David Hutchinson was nineteen. Confused. Struggling to find the vocabulary to understand and accept who he was and how he fit into a community in which he couldn’t see himself. The voice of depression told him that he would never be loved or wanted, while powerful and hurtful messages from society told him that being gay meant love and happiness weren’t for him.

A million moments large and small over the years all came together to convince Shaun that he couldn’t keep going, that he had no future. And so he followed through on trying to make that a reality.

Thankfully Shaun survived, and over time, came to embrace how grateful he is and how to find self-acceptance. In this courageous and deeply honest memoir, Shaun takes readers through the journey of what brought him to the edge, and what has helped him truly believe that it does get better.

Brave Face is out in stores now, and you can order your copy here: 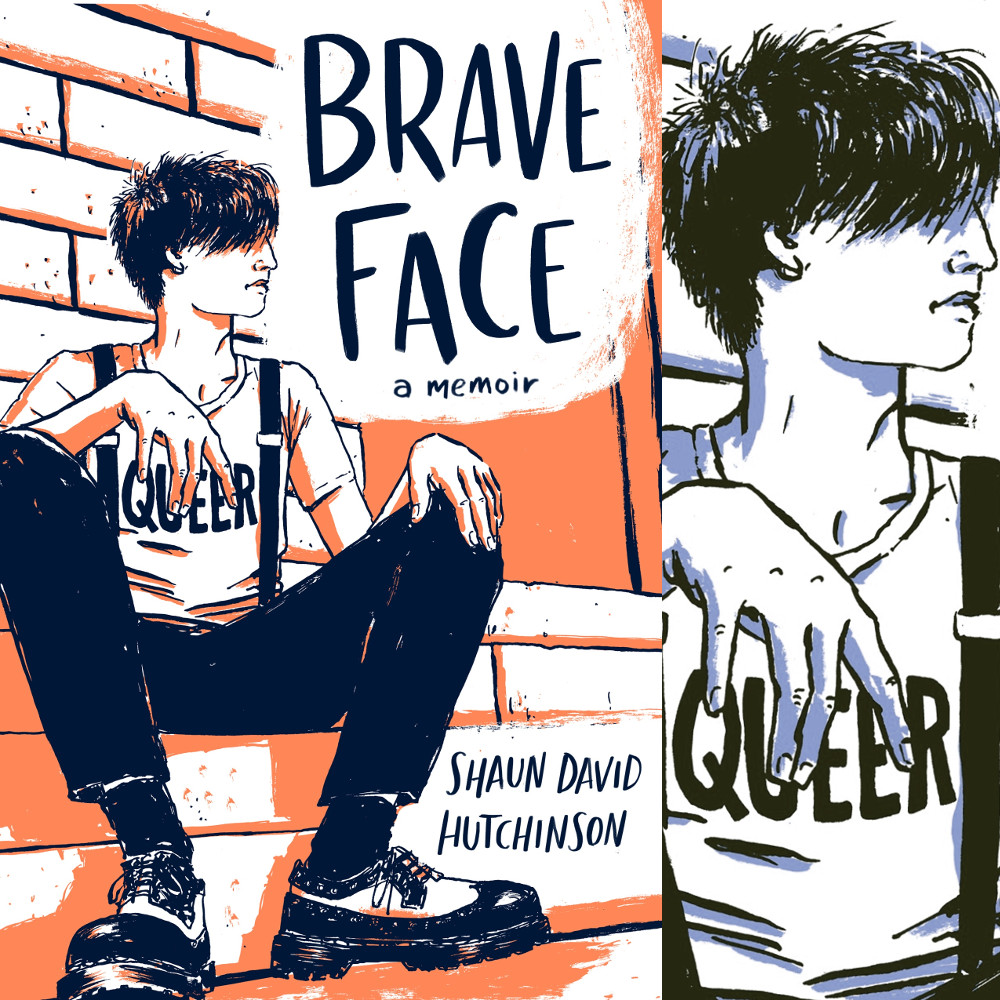 Book Review: THE STATE OF US by Shaun David Hutchinson gives us a smart glimpse into love between opposite parties