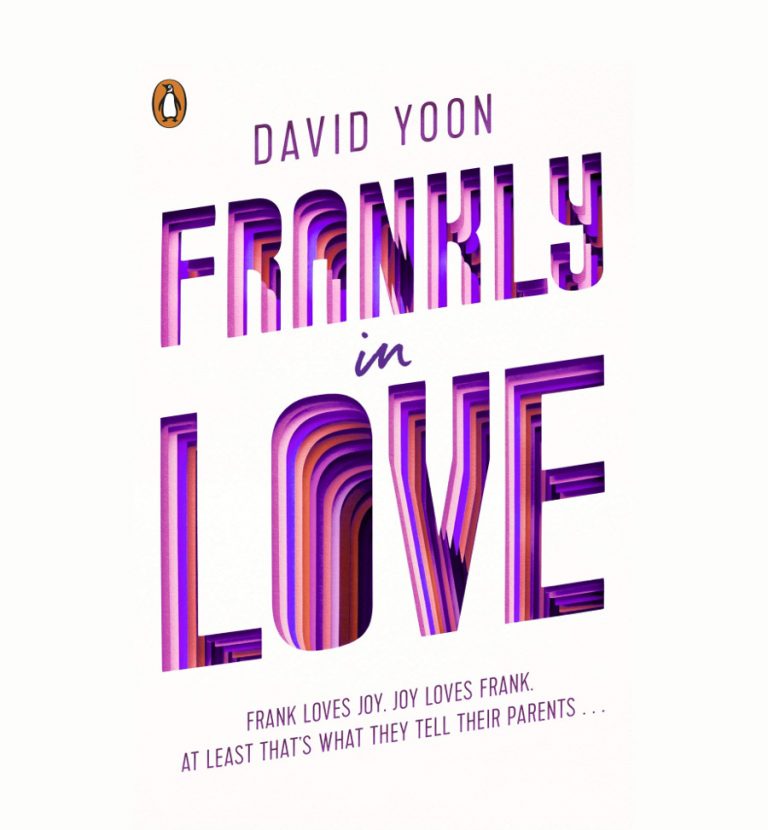 David Yoon’s Frankly in Love shows the challenges young Korean-Americans can go through living when juggling with family “traditions” and modern ideals.

As an Asian-American myself, I could say that it was easy to relate to the main character, who is Korean-American, however, that’s exactly one of the issues that is pointed out in David Yoon‘s Frankly in Love.

David Yoon paints an interesting story in his debut novel, about a Korean-American boy raised by immigrant parents. The boy, Frank Li, is in his senior year of high school, and from his perspective, we learn about the issues he deals with regarding his racist parents, his fellow Korean-American childhood friends whom he sees only once a month, his high school friends, including his best friend Q, who happens to be black, and hiding the fact that he is dating a white girl.

But as with life, when we start growing older, as we start having to find our own path, things get a lot more complicated (or “simplicated”) for Frank, and that’s where we get more in depth in this person’s journey.

The author gets into the intricacies of dealing with racism, which, for some people, is not as easy to speak out against, especially when it comes to family, or in this case, parents. Having grown up, knowing what your parents have gone through to get you the best they could in life, including living in the “land of opportunity,” it’s not an easy feat to just speak out against them, and that’s one of the things that’s brought up in this book, which is somewhat essential to realize for people.

Racism comes in many forms. It’s not always as upfront and direct as someone yelling out racist words towards another or beating them up because of the color of their skin. It could be as subtle as someone telling you to help them understand the menu in a Korean restaurant because you’re the only Korean in the group, even though you may not know the language. It may be as subtle as not being given chopsticks, but a fork instead, because you’re white.

Yoon points all this stuff out in the book, and it may trigger some anger or annoyance in you while reading it, but there are points that he tries to make in regards to it, to make you think before you speak or act.

It’s not all about that, either. What Frank has to deal with when it comes to his heart is something we’ve all felt, and yet, he has the secondary issue of his girlfriend being white while his parents are hoping he finds love with his Korean-American childhood friend Joy, because “it’s easier.”

Sadly, while I don’t agree with staying within your own ethnicity because it’s easier, it’s also somewhat true. Given the language barrier, the difference in our food palette, and certain cultural etiquette, it can be more challenging with two people who are of different ethnicity come together. But that doesn’t mean it’s not worth it, either. It also doesn’t mean that just because we connect with someone who’s the same race as us, it will be smooth sailing.

I like how the author turns that thought process around and makes the reader think. Knowing that this is coming from the perspective of a Korean-
American, I thought I would be able to connect more with the character. But I’m not Korean-American, I’m Filipino-American. We’re both Asian, but that doesn’t mean I totally understand Korean culture and vice versa. Having grown up in America, I thought I knew racism, and yes, I do, but reading this book helped me to understand that there’s always more to learn.

I fear that some who read this may not be as open-minded about the struggles that a person of a different upbringing can have as compared to their own, because Yoon really tries to show us those struggles and really tries to help us understand. My hope is that more readers than not do learn and do start thinking about these differences we have with each other, not to stir anger, but to help move each other forward.

Let me say that though there are definitely moments of serious clarity in the book, there’s also a lot of heart, a lot of humor, moments of teen love, moments of tears, and a good amount of absolute nerdism that even at times I didn’t get. To be frank, I thoroughly enjoyed this book.

Frank Li has two names. There’s Frank Li, his American name. Then there’s Sung-Min Li, his Korean name. No one uses his Korean name, not even his parents. Frank barely speaks any Korean. He was born and raised in Southern California.

Even so, his parents still expect him to end up with a nice Korean girl–which is a problem, since Frank is finally dating the girl of his dreams: Brit Means. Brit, who is funny and nerdy just like him. Brit, who makes him laugh like no one else. Brit . . . who is white.

As Frank falls in love for the very first time, he’s forced to confront the fact that while his parents sacrificed everything to raise him in the land of opportunity, their traditional expectations don’t leave a lot of room for him to be a regular American teen. Desperate to be with Brit without his parents finding out, Frank turns to family friend Joy Song, who is in a similar bind. Together, they come up with a plan to help each other and keep their parents off their backs. Frank thinks he’s found the solution to all his problems, but when life throws him a curveball, he’s left wondering whether he ever really knew anything about love—or himself—at all.

In this moving debut novel—featuring striking blue stained edges and beautiful original endpaper art by the author—David Yoon takes on the question of who am I? with a result that is humorous, heartfelt, and ultimately unforgettable.

If you don’t have a copy of the book already, you can order yours through any of the links below: