Book Review: SONG OF THE ABYSS by Makiia Lucier 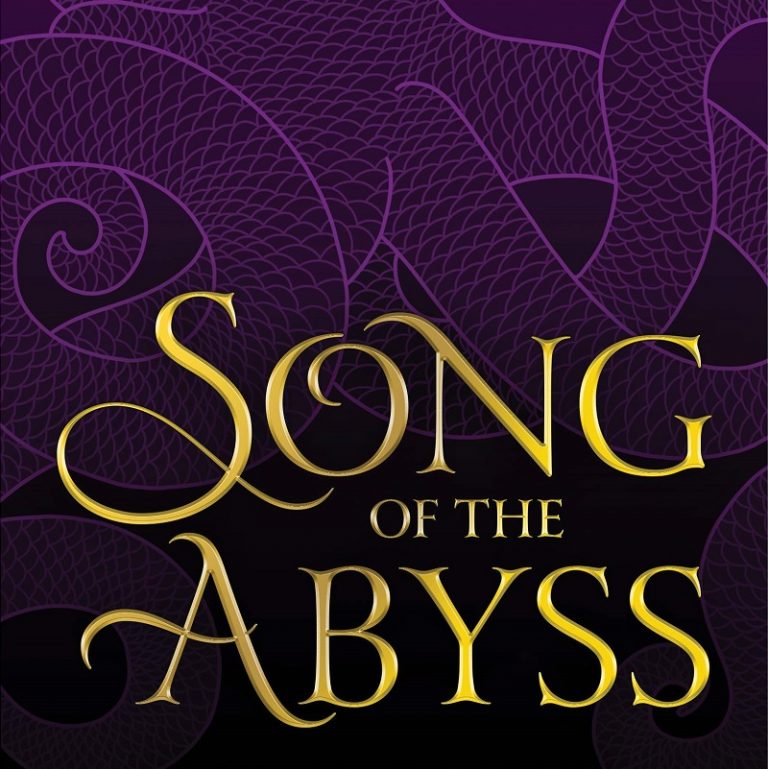 With a sharp new heroine and a high stakes adventure, Makiia Lucier’s Tower of Winds companion Song of the Abyss brings readers back to del Mar for a winning update!

Let’s start with an important note: Song of the Abyss is a companion to Lucier’s 2018 novel Isle of Blood and Stone, but both books are standalones. Song‘s main character is Reyna, who was a lovable, feisty 9-year-old secondary character in the earlier book. Now she’s 17 and a budding explorer in her own right– and her adventures are not dependent on her past. You’ll understand Reyna’s life and her world perfectly even if you’ve never read Isle. That being said, I really enjoyed the follow-up with the characters from the first novel, who are now approaching their 30s, but remain just the same in some amusing key ways.

Reyna’s been traveling the seas for the past year, trying to prove herself as an expert del Marian mapmaker. But when her ship is commandeered by a mysterious band of pirates, she’s the only one who makes it off. She heads to the closest nation, Lunes, and finds herself face-to-face with Levi: Drunk, grief-stricken, but also a Lunesian prince. By the time the two get back to Reyna’s ship, the passengers have all disappeared. Together, Reyna, Levi, and their respective friendly-but-tense governments will have to work together to find out exactly what’s happening in the wild seas between their two countries.

For all the sass she had as a 9-year-old, Reyna is an even more likable character at seventeen and a welcome narrator. She’s grown up as an adventurous and independent spirit who feels the pain of her past but isn’t defined by it. As a prince, you’d expect Levi to be a bit haughty, but life as a ship captain has greatly humbled him. He’s as interesting as he is unexpected. The chemistry between the two is definitely there, but I really appreciated that it didn’t define the story. This is a mystery and an adventure with a side of romantic tension, not the other way around.

Getting back to that mystery, Lucier does a bang up job of unraveling it slowly and intentionally. Readers are pretty certain as to whom the villain is early on, which is a rarity in most novels. The real question is the “how” and the “why,” both of which surprised the hell out of me once the answers became apparent. There are careful character connections and easter eggs strewn throughout and the payoff is absolutely worth it.

Song of the Abyss also scores major points for worldbuilding. This novel moves beyond del Mar and takes us to other nations in her fantasy land, all of which have distinct and interesting cultures. The culture is ingrained into the story, rather than used as backstory or a sort of decoration. In fact, Lucier is so good at worldbuilding that at times, I almost forgot that was fantasy and not just historical fiction.

Though it’s a companion and not sequel, I’ll say that Song of The Abyss has more mystery and more fun than the first book. I liked Isle of Blood and Stone, but Reyna’s follow-up is even better! If you like lighter adventures featuring pirates, ghosts, and a good puzzle, the Tower of Winds books are great ones to pick up!

Song of the Abyss (Tower of Winds #2) hits bookshelves on August 27, 2019. You can preorder it now via Amazon or support your local independent bookstore via Indiebound!

They came in the night as she dreamt, in her berth, on a ship sailing home to del Mar. After, they would be all Reyna thought about: two carracks painted scorpion black. No emblem on either forecastle, no pennants flying above the mainmasts to hint at a kingdom of origin.

As the granddaughter of a famed navigator, seventeen-year-old Reyna has always lived life on her own terms, despite those who say a girl could never be an explorer for the royal house of St. John del Mar. She is determined to prove them wrong, and as she returns home after a year-long expedition, she knows her dream is within reach. No longer an apprentice, instead: Reyna, Master Explorer.

But when menacing raiders attack her ship, those dreams are pushed aside. Reyna’s escape is both desperate and dangerous, and when next she sees her ship, a mystery rises from the deep. The sailors–her captain, her countrymen–have vanished. To find them, Reyna must use every resource at her disposal . . . including placing her trust in a handsome prince from a rival kingdom.

Together they uncover a disturbing truth. The attack was no isolated incident. Troubling signs point to a shadowy kingdom in the north, and for once, the rulers of the Sea of Magdalen agree: something must be done. But can Reyna be brave enough to find a way?