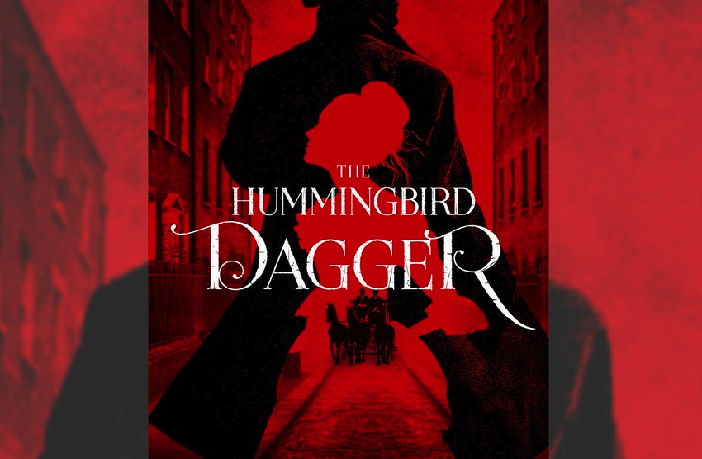 Antsey shakes up her usual YA Regency fare with a deadly mystery!

Cindy Antsey is a go-to author for Regency literature in the YA genre and she’s back again with a new tale of mystery ladies, threats, and political intrigue in The Hummingbird Dagger!

When a young woman is injured in a carriage accident caused by his younger brother, the young Lord James Ellerby whisks her off to his estate for treatment, even as her companions hurry on without her. When she wakes, the young woman, who guesses her name is Beth, can’t remember anything of her life leading up to the accident. All she’s left with are horrific dreams of being cut by a dagger shaped like a hummingbird, over and over. The Ellerbys and their companions make it their mission to find out exactly who Beth is and where she belongs, but with each inquiry and unsettling incident in town, it becomes more and more clear that Beth is in grave danger.

Beth’s memory loss might be considered a bit trope-y, but it played out well here. You were always anticipating what the character night find out next and how it would affect things moving forward. Her charm was in the relationships she formed with The Ellerbys and their staff. James, of course, serves as a love interest and while I wished for a little more (innocent) fliration, they were cute together. But the other Ellerbys play a strong role too– Like Caroline, who makes Beth a fast, loyal friend and isn’t afraid to speak out, and Walter, the youngest of the bunch who feels a responsibility toward Beth and uses his youthful energy in haphazard attempts to solve her problems.

As always, Antsey’s Regency game is tried and true. Other than centering part of the plot around a government event that didn’t actually happen, she doesn’t stray from away from the known era. While everyone else is bringing in steampunk and magic, Antsey is just portraying characters within the actual confines of life in 1833 and it’s kind of refreshing to see (even though we love steampunk and magic, too.)

The Hummingbird Dagger is a mystery with real stakes, but it isn’t necessarily thriller in part thanks to Antsey’s positively no-frills writing style, which takes a while to adjust to every time I read one of her books. She’s very to-the-point and it cuts down on the overall tension. Thrillers leave you thrumming with anxious energy throughout and while there were a few moments of that, it wasn’t heavy or consistent. Still, that left room for other things to bloom, like friendships and potential relationships. The mystery didn’t include an absolute jaw-dropping reveal, but the plot picked way up in the last third or so, new details came into play, and I enjoyed seeing how it all unraveled.

If you love a good mystery or historical fiction and you’re looking for something that isn’t too dense or mind-boggling, this is a simple, cozy read that you can enjoy on a nice spring day.

The Hummingbird Dagger is available now wherever books are sold. You can snag a copy via Amazon or support your local independent bookstore via Indiebound.

1833. After young Lord James Ellerby witnesses a near-fatal carriage accident on the outskirts of his estate, he doesn’t think twice about bringing the young woman injured in the wreck to his family’s manor to recuperate. But then she finally regains consciousness only to find that she has no memory of who she is or where she belongs.

Beth, as she takes to calling herself, is an enigma even to herself. She has the rough hands of a servant, but the bearing and apparent education of a lady. Her only clue to her identity is a gruesome recurring nightmare about a hummingbird dripping blood from its steel beak.

With the help of James and his sister, Caroline, Beth slowly begins to unravel the mystery behind her identity and the sinister circumstances that brought her to their door. But the dangerous secrets they discover in doing so could have deadly ramifications reaching the highest tiers of London society.