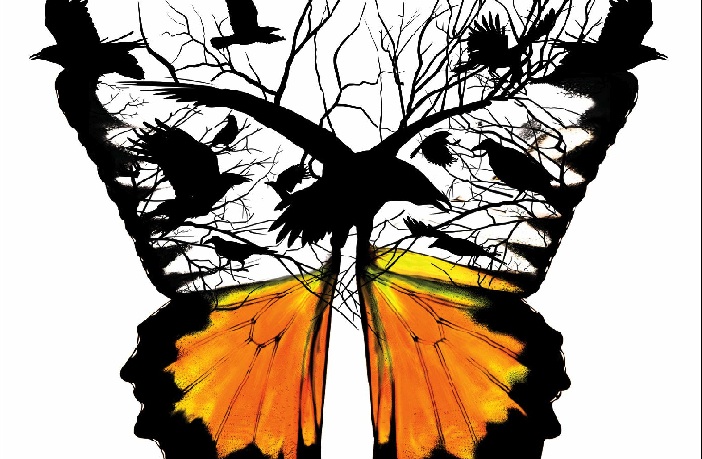 THE THINGS SHE’S SEEN is a wonderful addition to the ever sparse list of books featuring Indigenous characters!

Beth Teller is dead. Or at least that’s what everyone believes. Though she may have died in that car accident, her spirit is still on earth as she tries to help her dad–the only person who can see and hear her –surpass his grief. Just when everything seems hopeless, an investigation involving a mysterious fire and an unidentified body falls into her dad’s hands; one that might make him realize that there’s still things worth living for.

As they begin to investigate the fire, they meet Isobel Catching, a young girl who’s also able to see Beth. This raises even more questions. Who is she and how does she fit into this whole situation? What initially seemed like an easy case, becomes increasingly difficult as secrets are revealed and atrocities are unveiled.

From page one, I was drawn in by Beth’s compelling voice. She is such a headstrong character who doesn’t let anything, even death, stop her. I also really appreciated her character development. Throughout the book, we really saw her perspective on death shift drastically, and I really think she changed for the better in the end. I also loved the fact that she was Indigeneous. To be honest, I don’t think I’ve ever read a book featuring a character with that identity, so this was a really refreshing read. This perspective allowed for many important issues to be discussed, such as missing Indigenous women and the way white law enforcement figures ignore such cases.

Her dad is a crucial part to the story, as he’s basically the reason she feels obliged to stay. I thought his grief was portrayed really great, and it was interesting to see his character develop as well. You really see him come to terms with Beth’s death, as he learns how to continue to live without his beloved daughter.

The most difficult character to read about was definitely Isobel. She tells her story to Beth and Beth’s dad, and that part of the book is written in verse. At first I found it a little difficult to understand, but once I understood the metaphors that her story was rooted in, her story became extremely powerful. Her story is one that often goes unheard and it was one that was masterfully executed. Her story is one that will stick me for quite awhile and I’m sure it’s one that’ll touch all those who read The Things She’s Seen.

This book tackled so many hard-hitting issues which really came to light in the last fifty pages or so. The way in which these issues were approached, really touched me and hit me right in the feels. My biggest qualm with this book, and the reason I didn’t rate it as high as I would have liked to, is the pacing. So much happened in the last portion of the book, so much so that I really felt like there needed to be a least another hundred pages to really do the story justice. As a reader, I was hit with so many emotional plot points, but I didn’t have time to process them which made it fall a little flat. The issues discussed in this book are ones that are crucial and need to be discussed in YA novels, and I felt like if there had been more pages, it would have given these issues more justice.

All in all, The Things She’s Seen is a heartbreaking novel featuring a headstrong narrator and a intriguing plot that will leave you wishing for more.

The Things She’s Seen is currently available wherever books are sold. You can grab a copy via Amazon or support your local independent bookstore via Indiebound.

Nothing’s been the same for Beth Teller since the day she died.

Her dad is drowning in grief. He’s also the only one who has been able to see and hear her since the accident. But now she’s got a mystery to solve, a mystery that will hopefully remind her detective father that he is still alive, that there is a life after Beth that is still worth living.

Who is Isobel Catching, and why is she able to see Beth, too? What is her connection to the crime Beth’s father has been sent to investigate–a gruesome fire at a home for troubled youth that left an unidentifiable body behind? What happened to the people who haven’t been seen since the fire?

As Beth and her father unravel the mystery, they find a shocking and heartbreaking story lurking beneath the surface of a small town, and a friendship that lasts beyond one life and into another…