Despite a prior disappointing box office appearance of Philip Pullman’s The Golden Compass movie adaptation back in 2007, BBC is hoping that its new series His Dark Materials, based on Pullman’s bestselling fantasy novels, will prove more fruitful.

Ruth Wilson (The Affair) has been cast to star in the upcoming series and Oscar-winner Tom Hooper will direct the first two episodes of the eight-part adaptation written by Jack Thorne.

Wilson will play Mrs. Coulter, the strange and fascinating woman who adopts Lyra into her guardianship with less than pure motives. Additionally, BBC confirmed the previously rumored castings of Lin-Manuel Miranda as Lee Scoresby and James McAvoy as Lord Asriel.

The trilogy focuses on the adventures of a precocious girl who suddenly finds herself the owner of a truth-telling device called the alethiometer. Through this device, she connects with her mysterious Uncle Asriel, a terrifying woman named Mrs. Coulter, and a strange phenomenon called Dust.

According to Bad Wolf founder and executive producer Jane Tranter, “our determination is to sound every note of the books in a series that will fully explore the many worlds and concepts in Philip’s work.”

With stars like Dafne Keen, Clarke Peters, Anne-Marie Duff, Georgina Campbell and Will Keen also joining the cast, fingers crossed that this Philip Pullman book-to-screen adaptation will fare better than its prior predecessor.

Filming’s already begun in Cardiff at Wolf Studios Wales but no air date has been confirmed yet. 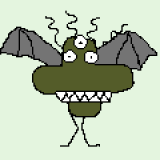