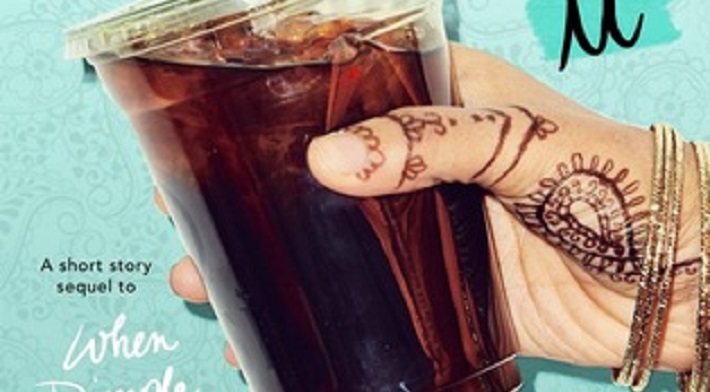 Find out what happened to Dimple and Rishi, plus meet new characters in AS KISMET WOULD HAVE IT!

Sandhya Menon first made her mark as a YA rom-com queen in 2017 with When Dimple Met Rishi, the story of two teens of Indian descent who meet at the same summer tech program with one big crux hanging over their heads: Their parents have arranged for them to marry. Traditional and romantic Rishi knows it all about it, but to his surprise, creative and independent Dimple wasn’t let in on the news. However, Dimple wants to conquer this tech program and receive its highest honor. If doing so means allying with Rishi (as friends… or so she thinks), so be it.

Her next novel, There’s Something About Sweetie, follows Rishi’s younger brother and fan-favorite Ashish, but fans still want to see more of what happened to the original couple that won them over.

Enter As Kismet Would Have It, a short story sequel that connects When Dimple Met Rishi and There’s Something About Sweetie, featuring all four main characters!

Menon shared the news on Twitter, along with an infographic that explains the two ways fans can snag this undoubtedly adorable story:

Signing up for Riveted Lit is quick and easy (plus, you get a free eBook when you join their mailing list), but if you prefer to own As Kismet Would Have It, it’s already available for preorder for just 99c via Amazon!

There’s Something About Sweetie hits shelves on May 14, 2019 and is also available for preorder via Amazon!