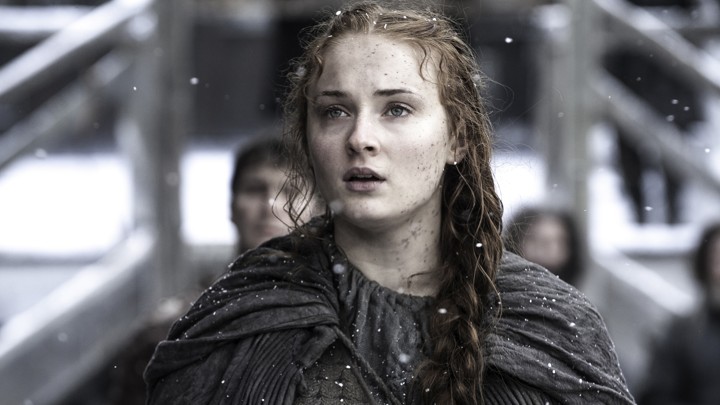 It looks like dear naive Sansa Stark is all grown up and getting her own piece of armor as she and the rest of Westeros prepares for war.

In an interview with Entertainment Weekly, Sophia Turner shares this momentous occasion, explaining that “this is the first time I’ve had armor.”

And it’s not going to be armor like Jaime Lannister or Brienne of Tarth. According to Turner, it’ll be more like a jet-black ensemble made of thick leather or similar material.

“I wanted her to have a bit of armor and be a bit more warrior like,” Turner explains. “She’s like the warrior of Winterfell.”

We’ve yet to see a look at this piece of costume, as all of the pre-season photos and footage have only shown Sansa Stark in the first episode of season 8, aka without the piece of metal. As the final season opens, Sansa is busy preparing the North for war and haven’t quite suited up just yet.

In the meantime, let’s take a trip down nostalgia road as Sansa’s look has probably changed the most dramatically over the years.

Game of Thrones returns to HBO for its final season on April 14, 2019.