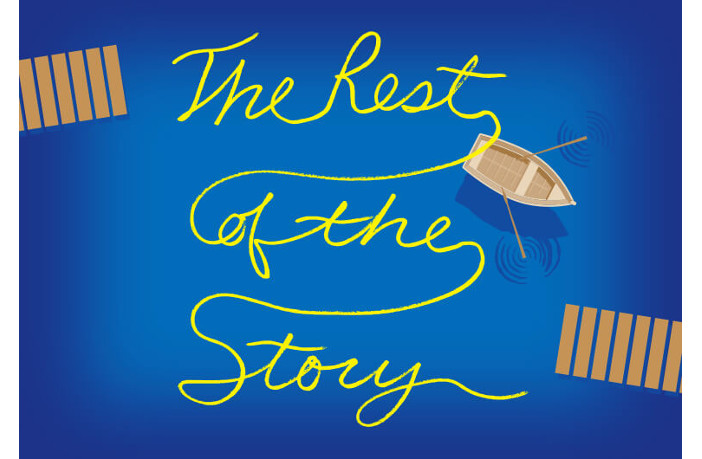 Bestselling YA contemporary author Sarah Dessen has her umpteenth book coming out this June and the cover was just revealed for The Rest of the Story. 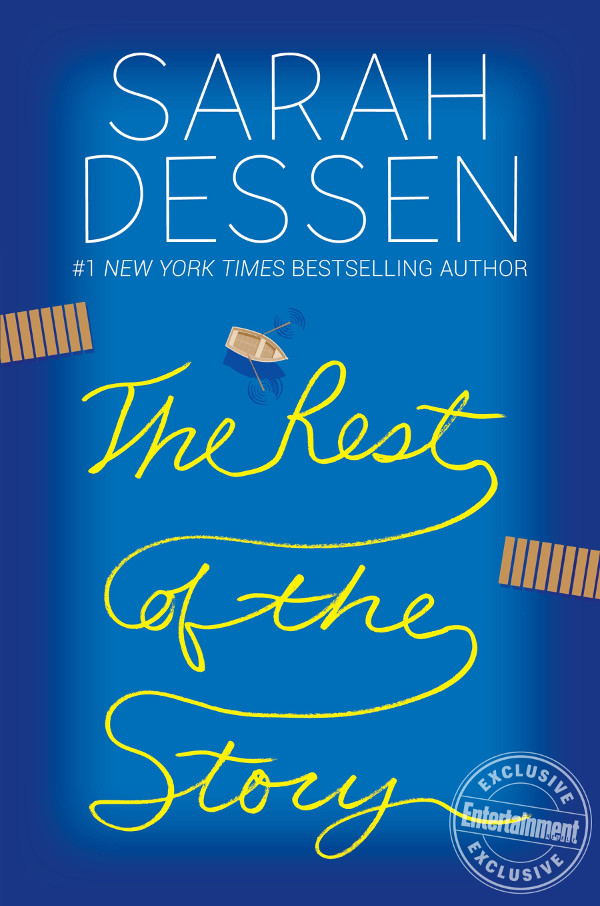 Sarah is known for her cutesy romance and dramatic storyline, but this story seems to have been a bit more challenging for Dessen this time around as has the characters deal with some issues that are more serious than in her previous books.

Emma Saylor doesn’t remember a lot about her mother, who died when she was ten. But she does remember the stories her mom told her about the big lake that went on forever, with cold, clear water and mossy trees at the edges.

Now it’s just Emma and her dad, and life is good, if a little predictable…until Emma is unexpectedly sent to spend the summer with her mother’s family—her grandmother and cousins she hasn’t seen since she was a little girl.

When Emma arrives at North Lake, she realizes there are actually two very different communities there. Her mother grew up in working class North Lake, while her dad spent summers in the wealthier Lake North resort. The more time Emma spends there, the more it starts to feel like she is divided into two people as well. To her father, she is Emma. But to her new family, she is Saylor, the name her mother always called her.

Then there’s Roo, the boy who was her very best friend when she was little. Roo holds the key to her family’s history, and slowly, he helps her put the pieces together about her past. It’s hard not to get caught up in the magic of North Lake—and Saylor finds herself falling under Roo’s spell as well.

For Saylor, it’s like a whole new world is opening up to her. But when it’s time to go back home, which side of her will win out?

Once we got home, dinner was served.

“All I am saying,” Celeste said as she picked up her burger, “is that I want you to be careful.”

“Mom,” my cousin Bailey replied. “You don’t have to give me this same lecture every summer.”

“Apparently, I do. Because you’re already hanging out with yacht club boys.”

“They’re not all alike, you know.”

“They’re alike enough,” Aunt Celeste told her. Mimi, at the head of the table, shot her a look over the bowl of potato salad between them. “What? You know what I’m worried about. I mean, we all know what happened when Waver—”

There was the sound of a thump under the table, and Celeste winced. The sudden silence that followed was awkward, not only for the kick Mimi had just given her, but the fact that we all knew it was to protect my feelings.

This was actually the second time my mom had come up since I’d left the raft. The first had been when I was riding back with Roo. Unlike when I’d gone out with Jack, we were side by side. So I was able to get quick glimpses of him, taking in the way his white-blond hair stuck up a bit in the back, the tattoo on one calf that was a series of numbers, and the way that he waved at every boat we passed, flashing a big grin. For all my own glances, he wasn’t looking at me at all, instead squinting ahead, the back of his T-shirt rippling in the strong wind coming off the water. When he finally spoke, it took me by surprise.

“I’m sorry about your mom.”

Even though it had been five years and some days, I worried I’d moved on too much. And then there were times like this, when just a mention of her gave me a pinch in my heart. “Thanks,” I said. “I miss her.”

Now he did look at me: I could see it out of the corner of my eye, even as I watched Mimi’s dock—marked with a sign that said FOR USE BY CALVANDER’S GUESTS ONLY—approach. “She and my dad were friends in high school. Chris Price.”

I nodded, as if I’d heard this name, even though I hadn’t. “He still lives here?”

He looked at me for a second. “No, not anymore. I live with my mom.” He pointed to a line of houses down the shore from Mimi’s, each painted a different bright color—yellow, blue, pink, red, and green—and trimmed with white. “Ours is the green one.”

You can read more of the excerpt right here.

The Rest of the Story is set for publication June 4, but you can pre-order your copy now.

ONCE AND FOR ALL Blog Tour – 10 Fun Date Ideas