SHADOWHUNTERS 3.15 Recap: “To The Night Children” 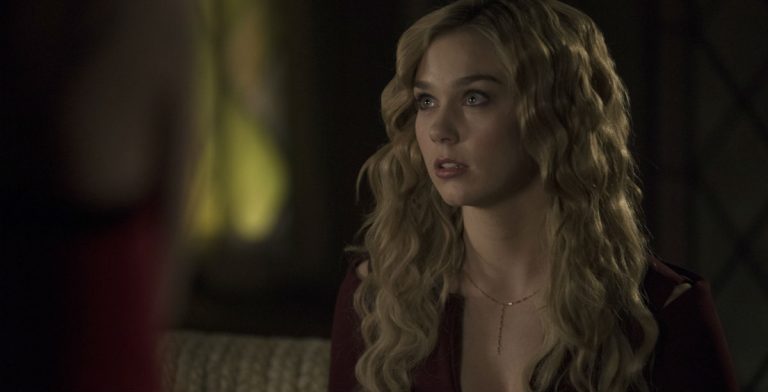 Excuse me as I take a couple of days to digest what we all saw on Monday’s Shadowhunters episode. This episode marked the turning point as loose ends get tied up and others are further explored.

Why is it always the pretty ones that cause the most trouble? We should have known murdering Simon’s family wasn’t going to be the last time we saw her. But with the drama going on between Clary and Jonathan, I admit, Heidi wasn’t exactly on the forefront of my mind.

Thankfully, we didn’t have to put up with her for too long. Thanks to Maia Roberts (Alisha Wainwright), we saw Heidi (Tessa Mossey) shrivel up into nothing, quite literally. I mean, we couldn’t have been the only ones rolling our eyes at her self-righteous, megalomaniac speeches could we?

Who the hell does she think she is and why does nobody take her down?

When she finds out about the deal of ‘protecting’ Heidi, this badass werewolf decides to team up with her ex (ex-ex?) to expose Heidi as the real culprit. Then again, when they found that Heidi had already targeted the one person who could help them do that, Maia snaps. Understandably so.

So, deciding to go rogue, Maia injects herself with holy water and manipulates Heidi into biting her. Thank you, next.

Holy water is harmless to wolves but to vampires, it’s like ingesting silver bullets.

Anyone else feel like a proud parent while watching these last few episodes? In yet another morning Malec scene, we get a glimpse into Alec’s bedroom at the NY Institute. Waking up there must be so surreal and strange for Magnus (Harry Shum Jr.)! Talk about taking the phrase “sleeping your way to the top” to a whole new level.

I couldn’t help but swoon when Alec “the Law is the Law” Lightwood told his boyfriend that “they are not rules. they are suggestions.”

As if we didn’t get enough Malec scenes to tie us over until next week, the writers decided to give us another absolutely fluff-filled scene. Are the Shadowhunters writers secretly Malec fanfic writers?

When Magnus’ approaches Alec (Matt Daddario) less than happy at him for “airing out dirty laundry”, to a handsome Shadowhunter at that, I grew a bit tense thinking to myself “oh no, here we go.”

But when Alec realizes his wise, centuries-old warlock is jealous, he doesn’t get upset. Nope, instead, his whole face lights up and it’s really amusing how fast he goes from stern Head of the Institute mode into delighted, boyish Alec mode. Too bad this moment was over way too soon.

Oh, dark Clary! Is that you?

Not gonna lie. I very much enjoy watching Aline (Eileen Li) play foil to our protagonists and can’t wait to see how she’ll play a part in Clary turning dark. Consul Penhallow’s daughter riled Clary up during a sparring match and Clary lost it. Like, “Hulk-mode” lost it.

If Jace (Dominic Sherwood) didn’t come when he did, who knows what would’ve happen. He manages to convince Aline not to report Clary, claiming that “she only needs a little time to get her head straight” but well, Jace, not even Clary (Kat McNamara) is so sure anymore. Terrified by what she did, the poor girl runs off insisting that she needs to be alone.

Unfortunately, she doesn’t get much alone time. While Clary’s out trying to clear her head, she’s joined by Jonathan (Luke Baines). Of course. And we see the magnetic pull that Jonathan has on her. Seems that it’s only getting stronger as the episodes go on and looks like Jonathan knows this too:

“You love me Clary. I can feel it. It’s why you let me go yesterday and why you won’t turn me in now. Come with me. I know a part of you wants to.”