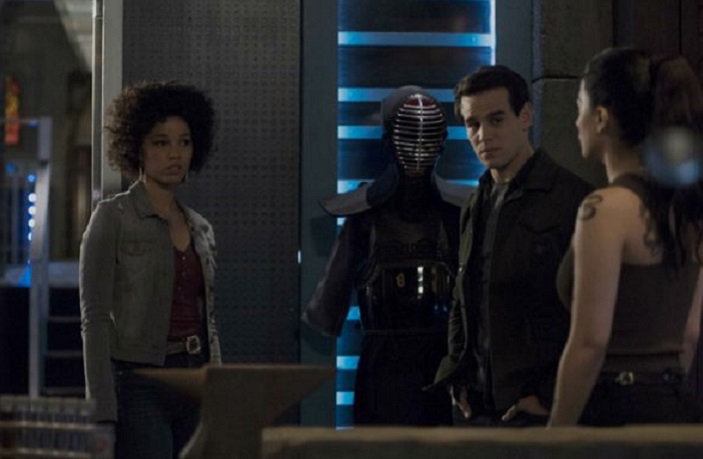 When all’s said done, what are you going to remember the most? With the end of Shadowhunters upon us, this episode felt a little bit nostalgic with its flashbacks and heartwarming memories.

Now don’t be fooled, those memories interspersed throughout the episode were not meant to make us feel all warm and fuzzy. It was quite bittersweet, actually, as these throwback scenes came at the cost of Magnus’s happiness.

Heartbroken and still reeling from Alex’s blindside, Magnus (Harry Shum Jr.) spends the episode wandering through some familiar haunts remembering some of our favorite Malec moments. Probably not the best way to heal a broken heart, Magnus. And neither is erasing your memories of Alec! Abort, abort! What will this mean for our favorite OTP?!

Meanwhile, Clary’s (Kat McNamara) gone full dark and Jace (Dominic Sherwood) is forced to watch helplessly as she follows her brother in his devious plan to obtain the Morning Star sword. Me personally, I’m not a huge fan of Clary’s sudden 180 from good to evil and a part of me is not convinced the she’s not just playing with Jonathan (Luke Baines). Guess we’ll find out soon enough!

Of course, the trio end up in a club while tracking the Seelie Queen. It’s always the club. Why does everything seem to happen in clubs?

At any rate, while poor Jace is essentially playing babysitter, Izzy (Emeraude Toubia) and Simon (Alberto Rosende) spent the episode busy figuring out how to forge a sword from Heavenly Fire. Naturally, throw in some fluffy Sizzy moments and you’ve got the recipe for Sizzy endgame. And did anyone else squeal with glee when Simon basically paralleled his relationship with Izzy too that of Superman and Lois Lane?

This episode is admittedly a lot slower than previous episodes from this season. With that being said though, it’s certainly setting the stage for several of our heroes’ story arcs reach their climax.

After all, with this being our last ever Shadowhunters season, we demand that our heroes go out with a bang.

Shadowhunters airs every Monday on Freeform at 8PM EST.