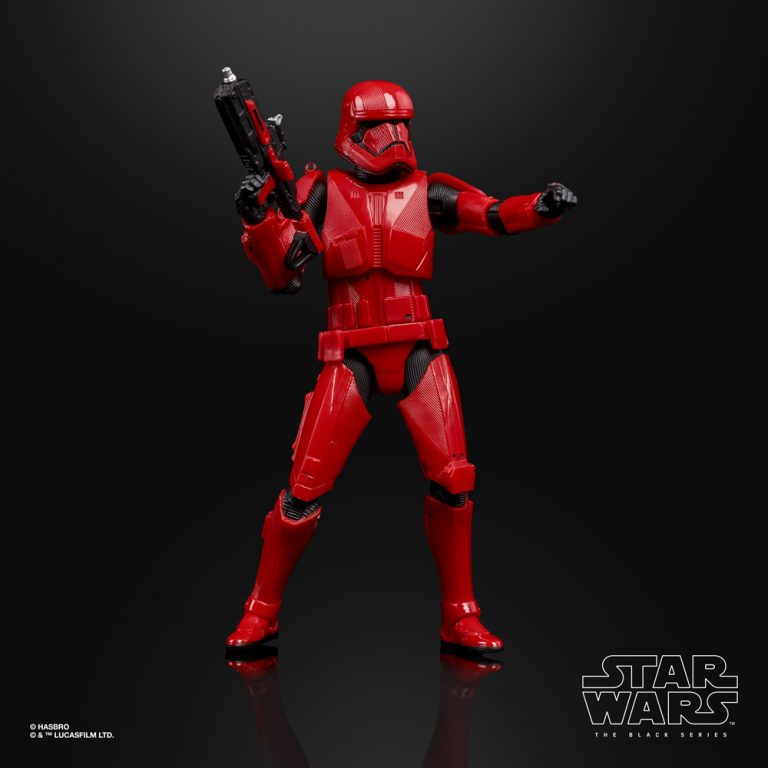 There’s a new type of baddie coming to town for the final movie in the new Star Wars trilogy!

The Star Wars franchise has seen plenty of Stormtroopers, Episode IX: The Rise of Skywalker will be the first movie to show off another type of henchman: The Sith Trooper.

In the Knights of the Republic video game, Sith Troopers were simply Stormtroopers that served the Sith Empire. In the movie, they’re getting a makeover that includes going Praethorian Guard red. The official Star Wars website announcement called the change “a modern and more menacing look befitting its namesake.”

Lucasfilm will be hosting an exhibition celebrating the evolution of Stormtrooper design at San Diego Comic Con next week, and you bet they’ll be displaying and selling Sith Trooper merchandise for any fans looking to embrace the future. Check out some of the merch below:

Check out the rest here!

Star Wars: The Rise of Skywalker comes to theaters on December 20, 2019.