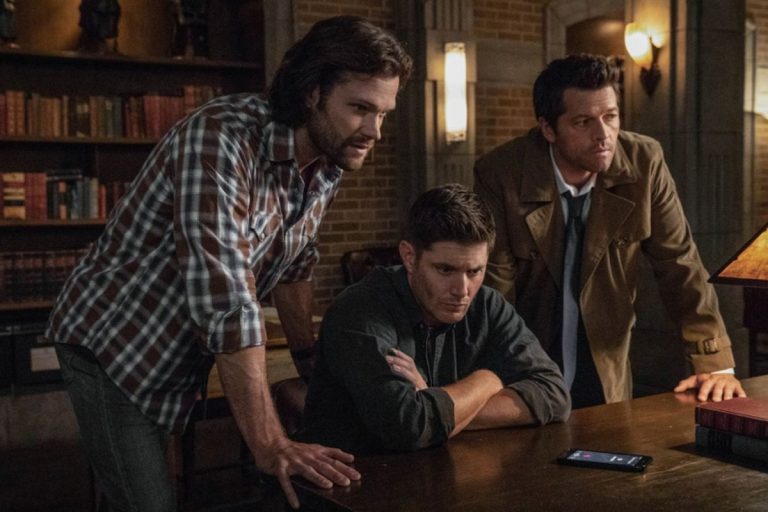 Due to coronavirus concerns, the airing of SUPERNATURAL will halt soon

It was announced 10 days ago that filming for Supernatural has ceased until further notice in the interest of keeping the cast and crew healthy during the coronavirus pandemic. SPN was certainly not the first–nor the last– TV show to make such a decision. Better safe than sorry.

Last week, Supernatural returned from a (planned) six-week hiatus, and there is a new episode tonight (at 8/7c on The CW). But, according to showrunner Andrew Dabb, “Destiny’s Child” will be the last ep to air for the foreseeable future:

While Supernatural has filmed through episode 18, post-production has not had a chance to edit episodes past tonight’s, episode 13.

But don’t fret too much. It seems Dabb has some fun things up his sleeve to tie us over until we get another episode:

Also, Dabb has confirmed that, no matter the length of the wait, Supernatural will still have its big finish:

While not having a new episode of Supernatural for possibly a very long time is rough, it will keep us further away from the dreaded End (and keep some of our very favorite people safer by not gathering for work), so consider me on board.