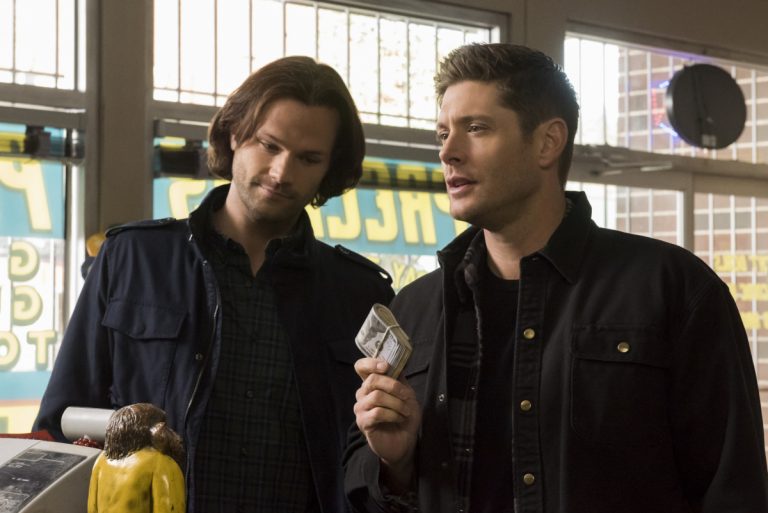 John Winchester is back on Supernatural for the next big milestone episode. In what manner he’ll return–Reality? A dream?–is still up in the air. What’s definite? Feelings are going to be felt–by our beloved characters and their fans. Clearly, John interacts not only with his sons, but with his wife, too.

And John isn’t the sole character returning for the 300th ep. Zachariah is also making an appearance. He’s in contact with (at least) Castiel.

The official episode description (below) is quite vague. There are plenty of balls in the air. Allow your fandom-y minds to run wild with theories!

JEFFREY DEAN MORGAN RETURNS FOR THE 300TH EPISODE — Sam (Jared Padalecki) and Dean (Jensen Ackles) look to occult lore for a solution to their latest problem, but instead of a resolution, they find much more than either of them had anticipated. Jeffrey Dean Morgan (John Winchester) guest stars. The episode was directed by Robert Singer and written by Andrew Dabb & Meredith Glynn. (#1413).