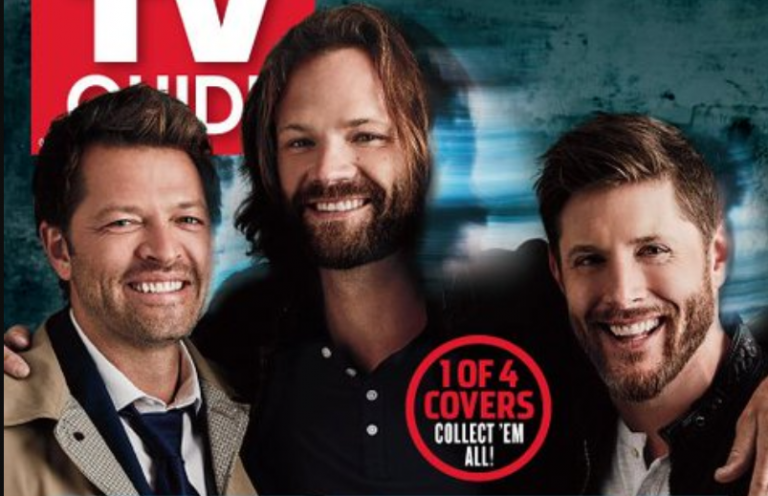 The Boys shine on four different covers of TV Guide Magazine just in time for SUPERNATURAL’s 15th and final season.

It’s hard to believe that the longest-running sci-fi television series in the US is coming to an end.

This week, Supernatural‘s (very impressive) 15th season premieres on The CW. Last we checked in with Team Free Will, they were surrounded by past threats brought back to Earth thanks to Chuck/God. Jack, on the other hand, didn’t survive the season 14 finale, and he woke up in the Empty.

To add to the suspense of Thursday’s premiere, Jensen Ackles and Misha Collins revealed three out of four of TV Guide’s new covers on their social media:

Update:
We also got a post from Jared Padalecki:

If you’re trying to avoid spoilers, it may be wise not to read the magazine’s featured article just yet. But four collectible covers featuring our boys on the heels of the final season? Definitely worth the purchase, regardless!

Don’t run to the store just yet. You won’t see the Supernatural covers on shelves until this Thursday.

Tune into Supernatural‘s season premiere Thursday, October 10th at 8/7c on The CW.