For weeks, there has been speculation as to when SUPERNATURAL filming will resume in Vancouver. Now, we have our answer.

Back in March, Supernatural production took a break amid the COVID-19 pandemic. They had less than two full episodes left to film, and a total of seven episodes left to air for their 15th and final season.

The CW was optimistic back in May, releasing their Fall 2020 lineup that showcased Supernatural on Thursday nights at 8 PM. It looks like that plan is going to follow through.

According to HollywoodNorth.Buzz (which tracks filming in Vancouver), Supernatural‘s last stretch of filming will take place from August 18th to September 11th.

Of course, the cast and crew members entering Canada from the US will have to quarantine for 14 days prior to filming. Therefore, they will be traveling to Vancouver soon.

Rob Benedict (God/Chuck) hinted a few days ago that he would be on his way up soon.

Assuming everyone remains healthy, The End really is near. Again.
Cue my tears. 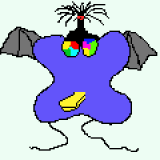