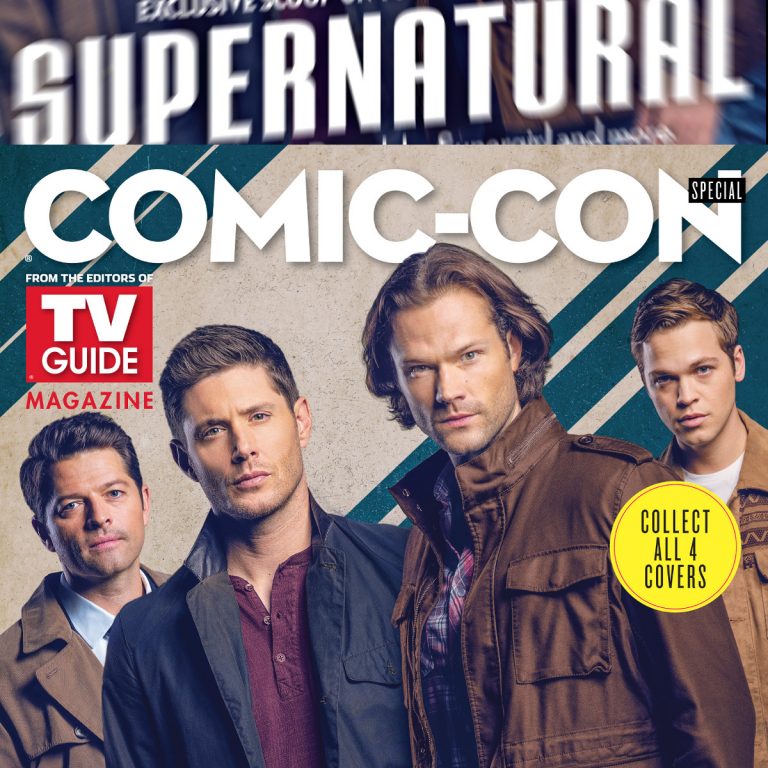 The cast of SUPERNATURAL is going to make their final appearance at San Diego Comic-Con next week, and thus will be their final images on the highly popular SDCC WB bags and TV Guide collector’s editions.

For those who are Supernatural fans and have been to Comic-Con in San Diego, you know how much of a staple the cast has been in appearing for the fans. They were the first TV series to ever have the stage in Hall H because of their huge fan base and they are always so entertaining, having many stories to tell and answering so many fan questions without any sort of nonchalance or annoyance in their interactions.

They exude graciousness when it comes to their fans and it’s very much appreciated. So, knowing that this is the last appearance for the cast (at least in terms of the series), we know it’s going to be heartfelt by all.

Of course, the WB also knows how important it is to have them represented, which is why they their images will once again grace a portion of the freebie Comic-Con collector’s bags.

Not only that, but TV Guide will be rolling out their 10th annual SDCC collectible magazines. There will be four different covers, with one of those covers having our favorite boys on them.

If you’re interested in the other 3 covers, which will also be highly popular, here they are below:

Check out the WB’s Comic-Con site for more details on this and all the other shows that’ll be making an appearance at the weekend event.