Read an excerpt from Sara Faring’s YA Horror Novel, THE TENTH GIRL 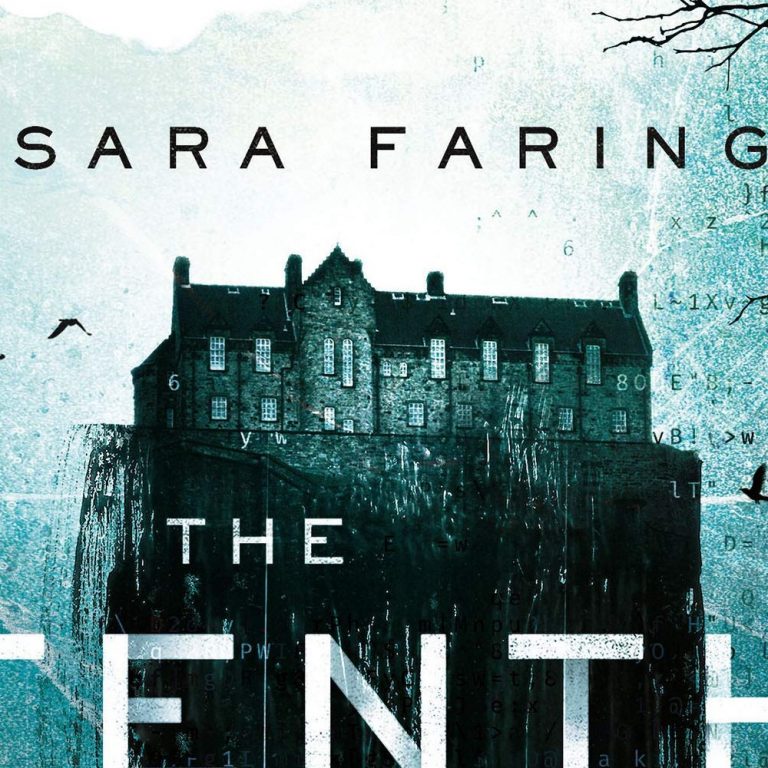 It’s always nice to change things up a bit, to get your heartrate and your adrenaline going when it comes to reading, and Sara Faring‘s THE TENTH GIRL will likely do that do you.

It is the dead of night when I wake from a dream of draining the bathtub, full of frothy, rancid water, with my mouth. There’s a motherless one here, whispers a girlish voice from the closet as I splutter. I am covered in sweat, disoriented, and shivering. I curl my feet up only to feel the soles of my shoes rasp against the sheets. There’s a motherless one here. Because of the skylight in the shared bathroom, the moonlight bathes my room in a faint, otherworldly glow. My room door has been opened, a draft blowing through, and the closet door has been, too, exposing the gaping maw of the closet.

I see a sliver of white, slipping out of the darkness within. Her. A little girl, her long and greasy hair draped in front of her face and hanging over her shoulders like a yoke.

The intruder, I think. How did she get in? I swear I locked my room door. I swear it.

I squint my eyes at her in the dark. She’s pale and impossibly reedy; she wears a disintegrating and stained lace nightgown that exposes her skeletal arms and her knobby ankles.

She is unfamiliar—not one of the little girls I know here.

She shuts the closet door with a single finger, all while adjusting her neck with the other hand. The sound of each vertebra cracking sends a tremor through me. No, she’s not like the girls I teach. That’s when I stop breathing, hoping I won’t catch her attention. Hoping I can melt into my bed and become invisible. Hoping I can fall into a safer realm of sleep and forget this encounter.

Yet I continue to watch her, pinching my eyes into slits. Riveted and terrified.

She moves about my room with the self-possession of someone who does not feel the eyes of others on her, splaying the pages of my books, rifling through a pile of clean and folded clothes. I smell a rank waft, ripe and aged, like the meaty interior of a used plaster cast.

Could she be a ghost, or the ghost of someone lost to the curse sixty years ago?

She drops a crumpled shirt of mine and moves toward the chest, placing both hands on its fine wood with delicacy. Her feet are bare, lacy blue with cold or a strange form of rot, and none of her steps make a single sound on the floorboards.

In fact, as she moves, her feet do not brush the ground at all.

She lifts a book I’ve left on the chest and lets it slam onto the chest hard, her black eyes darting over to me with cold mischief.

She sees me startle. It was intentional—a trap. I shut my eyes tight and feel a surge of intense, bone-singing fear.

Read more of the excerpt on Tor.

Simmering in Patagonian myth, The Tenth Girl is a gothic psychological thriller with a haunting twist.

At the very southern tip of South America looms an isolated finishing school. Legend has it that the land will curse those who settle there. But for Mavi—a bold Buenos Aires native fleeing the military regime that took her mother—it offers an escape to a new life as a young teacher to Argentina’s elite girls.

Mavi tries to embrace the strangeness of the imposing house—despite warnings not to roam at night, threats from an enigmatic young man, and rumors of mysterious Others. But one of Mavi’s ten students is missing, and when students and teachers alike begin to behave as if possessed, the forces haunting this unholy cliff will no longer be ignored.

One of these spirits holds a secret that could unravel Mavi’s existence. In order to survive she must solve a cosmic mystery—and then fight for her life.

You can pre-order a copy of The Tenth Girl, which comes out September 24th, using any of the links below.

Read an excerpt from Akwaeke Emezi’s YA debut novel PET