The ALL THE STARS AND TEETH Sequel Has a Cover 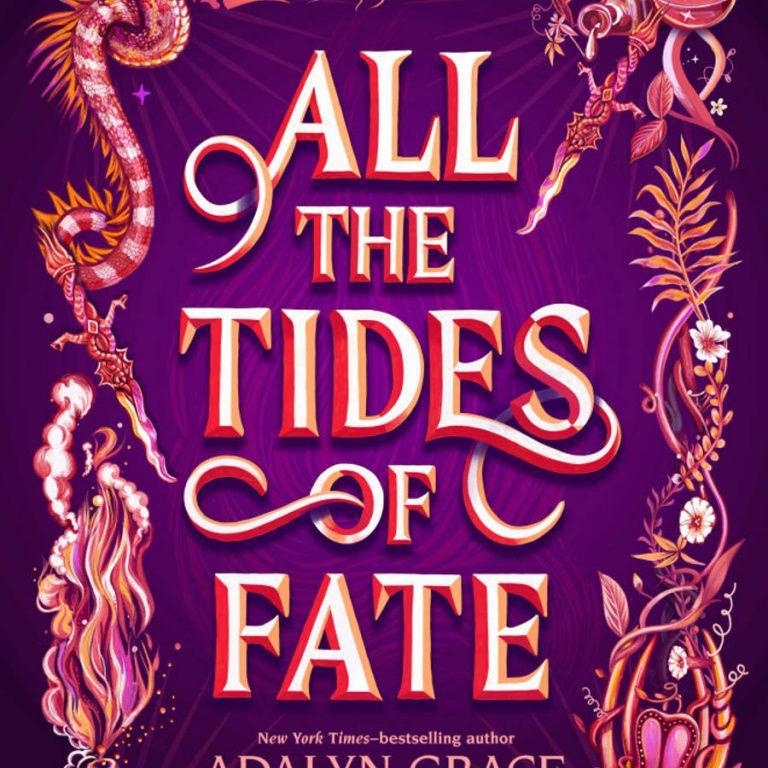 Adalyn Grace’s fantasy All the Stars and Teeth was released just a couple of months ago, but that didn’t stop the publishers from revealing the cover of the sequel, All the Tides of Fate.

Den of Geek had the exclusive reveal and shared some information about what was involved in the design, done by Natalie Sousa, with art by Gemma O’Brien.

This is was Adalyn had to say about it:

“Everything here represents something in the story, and clever readers may already pick up a few hints about the sequel and where we travel! It’s funny, because when this cover was first being designed, I was still drafting the book. I hadn’t even shared the story with my editor yet, so when she came to me asking about thoughts for the design, I had this moment of panic like, ‘Well, I think this happens, so maybe we can include something like this.’ or ‘I’m currently working on this island, and here’s what’s going on right now. Hopefully it makes it to the final draft!’ Thank goodness it all did, because this cover is so stunning and I would have hated changing anything about it.”

You can pre-order All the Tides of Fate on Amazon or Bookshop, which supports local bookshops.

Through blood and sacrifice, Amora Montara has conquered a rebellion and taken her rightful place as queen of Visidia. Now, with the islands in turmoil and the people questioning her authority, Amora cannot allow anyone to see her weaknesses.

To save herself and Visidia, Amora embarks on a desperate quest for a mythical artifact that could fix everything―but it comes at a terrible cost. As she tries to balance her loyalty to her people, her crew, and the desires of her heart, Amora will soon discover that the power to rule might destroy her.