After a successful first season, THE MANDALORIAN has set an October date for the highly anticipated season 2.

The show’s official Twitter account announced the premiere date with a play on words from the Mandalorian mantra: “This is the day.”

Fan favorite cast members will return to star in the second season, but the show has also added a batch of new faces. Rosario Dawson will enter as Ahsoka Tano; other new members include Star Wars veteran Temuera Morrison as well as Katee Sackhoff, Michael Biehn, and Timothy Olyphant.

We’ll all be counting down until we get to watch Mando and the Child in new adventures. 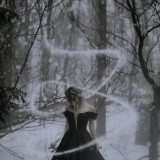