First Photos From YA Adaptation THERE YOU’LL FIND ME 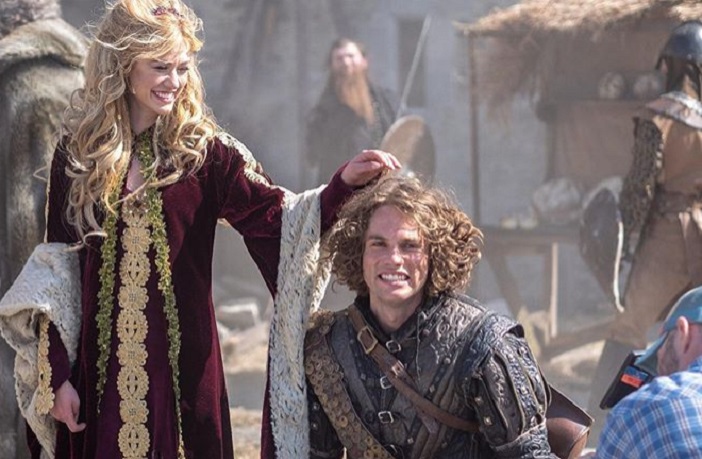 You may not have heard of Jenny B. Jones‘ 2011 release There You’ll Find Me, but that hasn’t stopped this little-known novel from making its way to a movie adaptation with some big names attached.

The upcoming film follows Finley (Rose Reid) as she heads to Ireland for a semester abroad following her brother’s death. Along the way she meets Beckett (Jedidiah Goodacre,) a young, roguish movie star. When their fates collide, Beckett teaches Finley how to let go and live life again while she ushers him toward a more independent life. Of course, the influences of Hollywood soon get in the way.

The movie also stars Katherine McNamara as Beckett’s co-star Taylor, Vanessa Redgrave as Mrs. Sweeney, an elderly woman Finley works with for one of her classes, and Tom Everett Scott as Montgomery Rush, Beckett’s father. The book has heavy-handed Christian messaging, but it’s unknown whether this will be marketed as a Christian film or if the production will largely skirt around that.

The official Instagram account for the movie has been posting photos from the production for a little over a week, but fans really took notice once Katherine McNamara started posting photos of her character dressed as a princess in the Game of Thrones-esque movie-within-a-movie Beckett is filming– in the book it’s a vampire movie, but it’s best to keep up with the times. Take a look at the lot!

There You’ll Find Me is currently filming and release details are still unknown. In the meantime, you can snag the book via Amazon.