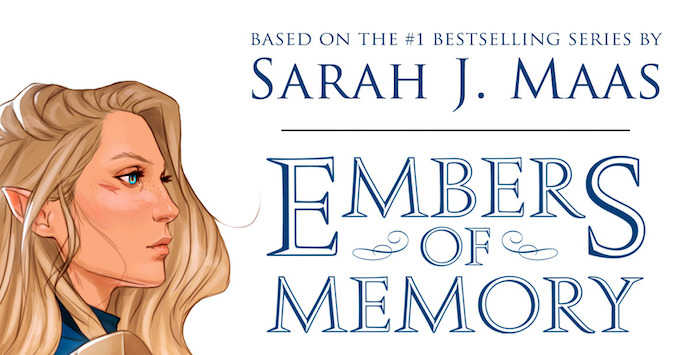 A THRONE OF GLASS card game, called EMBERS OF MEMORY, has been announced!

Ever wanted to fight along side Aelin, or fly with Manon? While now is your chance to enter the THRONE OF GLASS world! Osprey Games, which is a division of Bloomsbury Publishing, will be creating an official Throne of Glass card game, called Embers of Memory.

The game will take place during the final book in Sarah J. Maas’ series, Kingdom of Ash. The game will have two players help save Aelin from her own inner demons before it is too late. It will also feature art by the incredibly talented Coralie Jubénot (@merwildandco). Check out the official description below:

Embers of Memory: A Throne of Glass Game is a two-player co-operative card game set during the events of Kingdom of Ash, the epic climax to Sarah J. Maas’ Throne of Glass series. Working together, you must delve into the memories of the young queen and help her face
her inner demons before she is overwhelmed. Be warned – each challenge you face is more complex than the last, testing the bond between you and your partner to its limit.

How exciting does that sound? I know I can’t wait to play when it’s released in October!

You can pre-order Embers of Memory here. There will also be a pre-order offer coming soon!