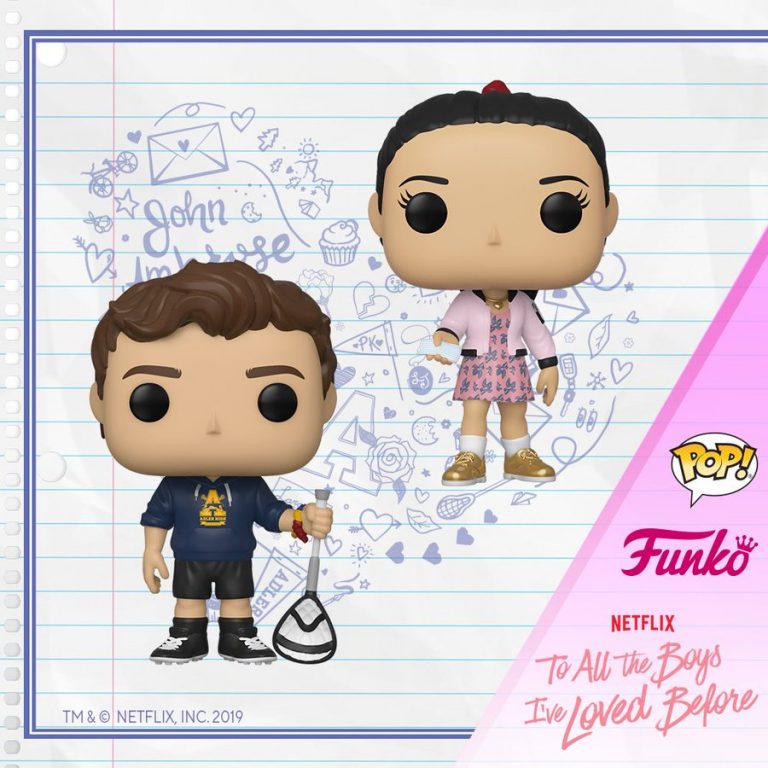 To All The Boys I’ve Loved Before is helping bring back the rom-com, and it’s also helping bring more YA characters to a popular merch company!

Funko has been delighting movie and television fans with adorable Pop! figures for several years, but with the exception of blockbusters like Harry Potter and The Hunger Games, the company rarely creates figures for Young Adult media lovers. However, they’re changing that with new figures from the Netflix favorite.

To All The Boys I’ve Loved Before Pop! figures featuring Lara Jean Song Covey and Peter Kavinsky are due to hit shelves sometime this month. Both feature the characters in the outfits they’re wearing to sign their “dating” contract in the first film, complete with the paperwork in Lara Jean’s hand and the scrunchie around Peter’s wrist.

Both figurines are available for preorder through collectibles websites, even though Funko hasn’t announced the exact date in January that they’ll be released.

Sorry, John Ambrose McClaren fans– Funko doesn’t seem to be adding in characters from the second movie quite yet!

To All The Boys: P.S. I Still Love You releases on Netflix on February 12th.