TO ALL THE BOYS: P.S. I STILL LOVE YOU Shares First Photos, Movie Tie-in Cover 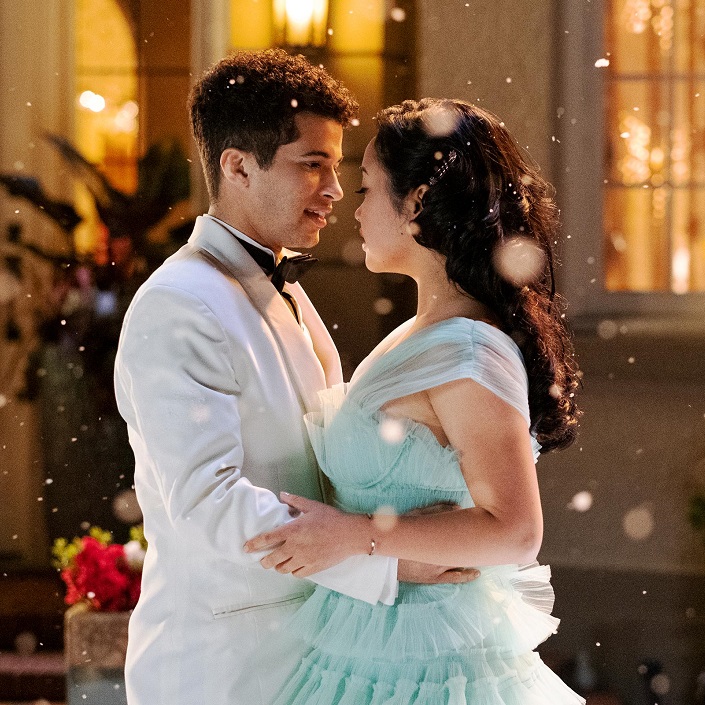 Lara Jean and Peter K charmed the socks off of us in To All The Boys I’ve Loved Before and now, we’re finally getting a first look peek at the sequel, To All The Boys: P.S. I Still Love You!

The original film followed Lara Jean Song Covey, a high school student who has always written romantic letters to all her crushes over the years with no intention of ever sending them– until the day they accidentally get sent in the mail. Now, everyone who Lara’s ever had a crush on– including the love of her older sister’s life, Josh– knows about her feelings. To get Josh off her case, Lara does something desperate: She pretends to be in a relationship with Peter Kavinsky, one of the most popular guys in school and a fellow letter recipient. This can only go well, right?

As you can guess, Lara Jean and Peter quickly became everyone’s OTP, but the sequel will throw a new wrench in the mix: John Ambrose McClaren, another letter recipient who finds his way back into Lara Jean’s life.

“They’re true friends,” Star Lana Condor told EW about Lara Jean and John as they revealed the first look. “But because you can love your friend very much, you get confused. You’re like, ‘Do I love him or do I love him as a friend?’ So he’s really there to mix it up.”

Peter or John Ambrose? Take a look at the adorable new stills below and decide for yourself!

Along with this first peek, it’s also time to feast your eyes upon the new movie tie-in edition of Jenny Han‘s P.S. I Still Love You, the book sequel that inspired the movie sequel!

Like the first movie tie-in, this cover keeps the focus on a very fashionable Lara Jean, though this time she looks a little more coy.

The movie edition is hitting shelves just in time for the holidays on December 17, 2019!