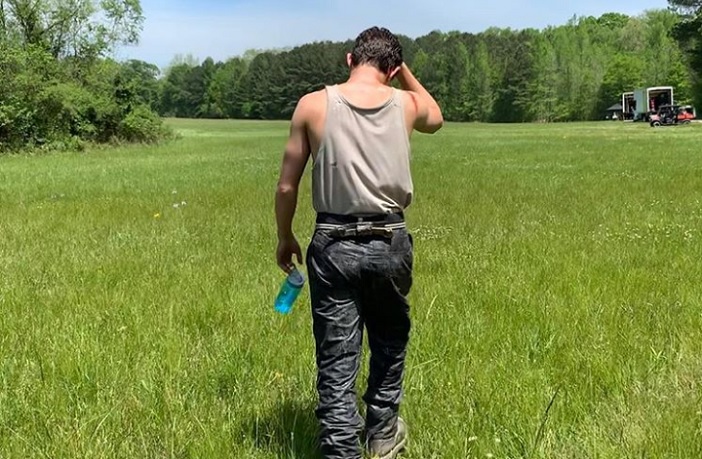 You may have noticed a serious lack of Tom Holland on the Avengers: Endgame press tour, but it’s not because the actor is known for being a bit of a walking Marvel spoiler. It’s actually because he’s doing reshoots for his upcoming release Chaos Walking, a YA adaptation based on The Knife of Never Letting Go by Patrick Ness!

Before you panic, reshoots are normal for pretty much any large-scale motion picture and this film starring Holland alongside Daisy Ridley, Mads Mikkelsen, and more is no exception. Most reshoots don’t significantly change the plot of the film, nor to they indicate major issues. It’s often the production adding in a few extra scenes for additional clarity.

The film takes place in a world where disease has recently “wiped out” the female population and all remaining animals– human or not– can hear each others’ thoughts through a connection called Noise. Holland stars as Todd, a teen traveling with his dog when he stumbles across the impossible– A young woman named Viola played by Ridley. Soon, a new world within his own is discovered and the two must team up and fight to protect it.

Tom has shared several behind-the-scenes snippets from his reshoot experience so far, including the actor on set and in costume with director Doug Liman and notably, getting a little too bold for his own good with a knife throwing trick. Check it all out below!

Chaos Walking‘s initial release date was pushed back due to the scheduling of reshoots (apparently, it’s really hard to find a time when freakin’ Peter Parker AND Rey are both available for a few weeks), but the movie is expected out sometime in 2020.