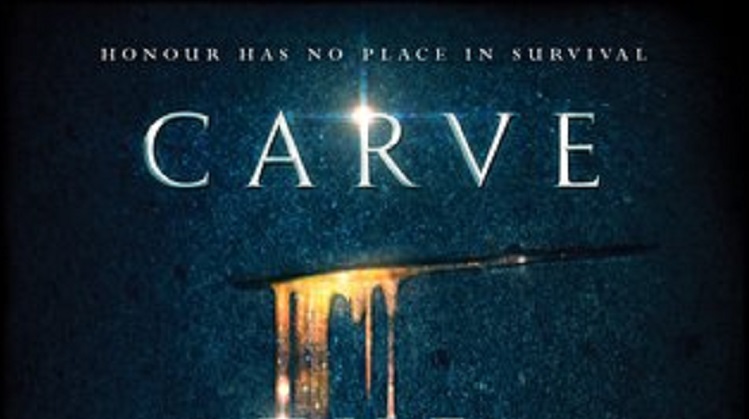 Discover what Cyra and Akos were like in CARVE THE MARK’s first draft!

It takes a lot of editing for a book to go from first draft to completed tale and for many authors, that means adding, deleting, and completely rewriting scenes.

Veronica Roth is giving fans a behind-the-scenes look at the process with two alternate scenes from Carve the Mark. Both represent major moments in the novel: Cyra and Akos first meeting, as well as their first kiss.

Here’s a snippet of the original first meeting:

All the pain that had been building in my head came rushing back at once, and I seized my head with both hands, stifling a cry. I could hardly see my brother through the haze of tears, but I tried to focus on his face (pale like a corpse).

“I am glad you were in here for that display,” Ryzek replied. “We can’t have my soldiers knowing how weak you are.”

I absorbed the insult like I was absorbing the agony, coaxing my muscles into relaxing, surrendering to pain.

There were rumors about me all throughout Shotet and Thuvhe, encouraged by Ryzek—maybe those rumors had traveled all throughout the galaxy, since all mouths loved to chatter about the favored lines. They spoke of me killing a man with a touch, of the agony my hands could bring, of an arm littered with kill marks from wrist to shoulder and back again. I was feared and loathed and respected, all at once. But this version of me—this collapsing, whimpering girl who needed to be held up to stay standing—was not that person of rumor. (No one could know.)

“You did well against that hologram,” he added. “We will have to increase its difficulty.”

“I welcome the challenge,” I said, dragging my hands down my face. I tried to straighten, but my very bones ached.

“Let’s not delay this,” Ryzek said, and he beckoned to Akos (wide-eyed now) to follow him into the room. They both drew closer, Akos’s right arm pulled close to his body, like he was trying to stay as far away from Ryzek as possible without disobeying him. Vas followed them in, lurking like a shadow.

“This is Akos Kereseth,” Ryzek said to me, gesturing to the boy. “Third child of the fourth family.”

I heard his fate immediately after his name, like two lines in a childhood rhyme. The third child of the fourth family will die in service to the second family.

There’s also a peek at what the first kiss initially looked like. In the scene, you’ll notice that Cyra’s currentgift was quite different in the first draft!

He didn’t look back. “Not really.”

I nodded, though he couldn’t see me.

“Fine,” I said. “Then I say fuck them. Our parents are sadists and liars. Fuck them.”

He pulled his shirt over his head, and I stepped back, pushing the door closed behind me. He turned at the sound. I felt the lights burning in my cheeks like a blush as I looked over his narrow waist. The bruises that had stained his skin the last time I saw him, cowering on the floor in the basement, were faded now, light brown and green. He wore new scars on his left arm and a new weight on his shoulders, invisible to anyone but me. I knew what Akos Kereseth looked like when he was bearing a burden.

I pressed my hands to my cheeks, briefly, willing myself to calm down. “Dammit,” I said. “I’m sorry, I—”

But he was moving toward me—cautiously at first, one step at a time. Frowning, a crease between his eyebrows. The closer he came, the brighter and more frantic the lights became, until I had to bite my tongue so I wouldn’t cry out at the pain. A strange ferocity came into his eyes, and he pressed into the door, framing my face with his forearms. He was so close I could feel his warmth. He was so close I could taste his breaths. He was so close my entire body was bright.

I flinched, and at the first outward sign of my pain, he pressed a hand to my cheek, extinguishing the current lights so all I had left was the pulse in my face and my hands and the deep ache in my stomach, the ache that was just for him.

He dropped his hand to my waist, to the strip of skin between my pants and my shirt. Then he bent his head and kissed me.

Carve the Mark is available now whenever books are sold. You can snag a copy via Amazon!