Book Review: WE SET THE DARK ON FIRE by Tehlor Kay Mejia 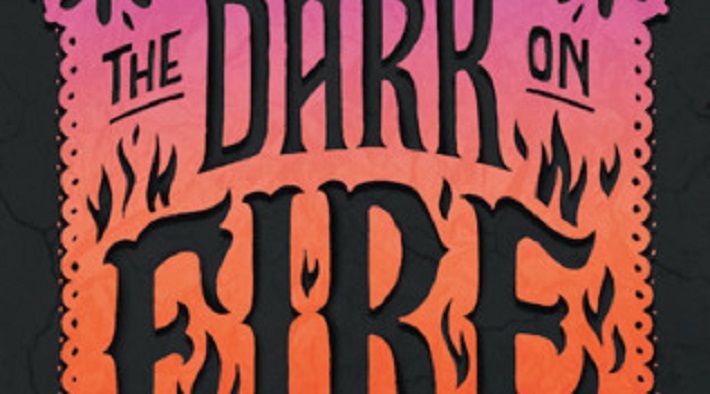 Daniela Vargas is a product of her education. At the Medio School for Girls, she’s been trained by the best to be a world-class Primera, the first of two wives each upper-class man on the island nation has. Already ridiculed for her impoverished background, Daniela harbors a much darker secret. She thinks that her graduation will mean freedom and a true place in society, but what she gets instead is a reality check. Her new husband, a high-ranking young government official named Mateo Garcia, harshly refuses to treat her as an intellectual equal– or even much of a person– despite years of Daniela being told that would be her function in the marriage. To make matters worse, Mateo’s Segunda (aka second wife) is Carmen, her worst enemy.

An unhappy home life is a crushing disappointment, but Daniela’s predicament hits fever pitch when she’s contacted by a resistance organization called La Voz. They know the truth of Daniela’s past and if she doesn’t help them, they’ll expose her to the world, destroying her family in the process. She’ll have to play the perfect wife while being the perfect spy if she wants to survive.

Tehlor Kay Mejia crafts an intense world unlike any other setting we’ve seen in a dystopian, drenched in political intrigue. The author isn’t pulling any punches, taking on immigration,  class disparity, government corruption, and patriarchal oppression in this fantasy world with clear Latinx roots. Setting this up means the story moves a little slower at first while we’re introduced to all the elements in play, but once it starts moving, it really moves! If you’re a little thrown off by the early pages, PLEASE don’t let that stop you. In the beginning, I was getting acquainted. By the end, I was screaming.

Daniela has plenty of layers for a narrator. It’s interesting to be in her head, especially in the moments when her cool exterior wars against panicked inner thoughts with her life on the line. She also displays a lot of growth as we see her go from sullen and unsure to a young woman in charge of her own path.

Her opposite, it seems at first, is Carmen. She’s bold and boisterous and mean-spirited when she wants to be. But oh, Carmen is so much more than that! I loved the delicious buildup of tension between these two characters as they realized their complex feelings for each other, knowing they must keep it a secret from everyone around them. Watching their true colors unfold in quiet moments alone was a joy, as was watching them come together as a team.

While I can’t necessarily say I liked any of the other characters, they were fascinating in their own rights and served their function in the story with aplomb. I particularly enjoyed Sota, Daniela’s unrelenting contact with La Voz, and Mama Garcia, Mateo’s take-no-prisoners mother.

While definitely original in its worldbuilding and content, something about the vibe of this novel reminded me of the first dystopians and fantasies that I fell for early on in my reading addiction. On top of that, I love how the story elements really spoke to today’s societal issues. At no point was this book afraid of its f/f love story, and it preaches acceptance in many other ways, to boot. Needlessly to say, I’m really eager to see where the next book in the series takes us!

We Set The Dark On Fire is out now. You can order it via Amazon or support your local independent bookstores via Indiebound!

At the Medio School for Girls, distinguished young women are trained for one of two roles in their polarized society. Depending on her specialization, a graduate will one day run a husband’s household or raise his children, but both are promised a life of comfort and luxury, far from the frequent political uprisings of the lower class. Daniela Vargas is the school’s top student, but her bright future depends upon no one discovering her darkest secret—that her pedigree is a lie. Her parents sacrificed everything to obtain forged identification papers so Dani could rise above her station. Now that her marriage to an important politico’s son is fast approaching, she must keep the truth hidden or be sent back to the fringes of society, where famine and poverty rule supreme.

On her graduation night, Dani seems to be in the clear, despite the surprises that unfold. But nothing prepares her for all the difficult choices she must make, especially when she is asked to spy for a resistance group desperately fighting to bring equality to Medio. Will Dani cling to the privilege her parents fought to win for her, or to give up everything she’s strived for in pursuit of a free Medio—and a chance at a forbidden love?