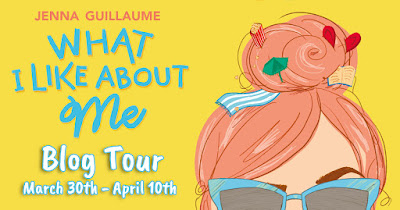 What I Like About Me Deleted Scene
by Jenna Guillaume
The writing process is hard. One of the hardest parts is deleting a whole bunch of words you’ve spent hours and hours writing and re-writing and re-working until you finally realize they just don’t work.Because it’s never a good idea to flat-out delete anything (what if you need it again?!), when I cut big chunks of text from my manuscript, I save them into a separate file creatively titled “spare”.

Below is one of those spare scenes, which I’m very nervous to share in public because a) no one has ever read it before and b) it’s quite different to the finished product! While Maisie adores movies in What I Like About Me, in this very early draft, reading was much more of a passion for her, and I played with the idea that Beamer was the kind of guy who secretly read Jane Austen. For the record: I still think he’s that kind of guy. And though this scene got lost pretty early on in the first draft and it low-key makes me cringe now, I do like the way it emphasizes that there is more to Beamer than meets the eye—just like there is in the final book.

Beamer sat on the bed and leaned back on his hands. His shirt rode up a bit, revealing a strip of tanned skin. He patted the empty space next to him. I sat on the floor.

“Well, Maisie Martin, what are we going to do with ourselves tonight?”

“What, you don’t want to do anything?”

“It depends on what you mean by do.”

Beamer’s eyes locked on mine with a mischievous glint. I stood up and walked over to the bookshelf.

“Anything good to read?”

“Believe it or not, Beamer, some people actually enjoy reading.”

“Believe it or not, Maisie Martin, some people actually enjoy other things, too.” He was right behind me now, and I could feel his breath on my neck.

“Hey, I love this one.” I grabbed Sense and Sensibility off the shelf and slipped around him, perching on the bed. “Although I was kinda bummed when Willoughby and Marianne didn’t end up together. I mean, he’s so handsome and charming and she loves him so much. And then he has to marry someone else and it breaks her heart.”

I was babbling and I didn’t know why. It’s not like Beamer would have any idea what I was on about.

“He doesn’t have to marry someone else, he chooses to.”

I looked at Beamer in surprise.

“How would you know?” Beamer was not exactly the Jane Austen type.

He just stood there for a second, staring at the floor.

“My gran loves those books,” he said finally.

“So you have?” I felt like I’d fallen into a weird alternate universe. I’d always thought Sebastian probably read classic literature in his spare time. Every time I read a book I loved, I immediately wanted to discuss it with him and hear his thoughts. He was such a deep thinker and I knew we’d have this amazing connection if we ever actually got a chance to talk. If I ever actually worked up the nerve to talk to him. But it was too late now. He was with Anna in the next room doing god knows what, and I was here. With Beamer. Who apparently had read Sense and Sensibility?

“Have you read it?” I said again, since Beamer hadn’t answered me the first time.

“Yeah, I’ve read it,” he said, flopping down next to me on the bed.  He looked unhappy to admit the truth. He would think it was embarrassing to read Jane Austen.

“And what did you think? I know it’s probably not your cup of tea.”

“You wouldn’t really know what my cup of tea is, would you, Maisie Martin? For the record, it’s English breakfast with milk and one sugar.” The weird tension I hadn’t realised I’d been feeling in my chest eased a little bit as I saw the smart arse Beamer returning. “And I’ll have you know Sense and Sensibility is my third favourite Austen. Ferrars is a bit of a drip, but Brandon is alright.”

His third favourite Austen? He had to be bullshitting me. Was he trying to make fun of me? Anna always laughed at me if I ever talked about this stuff, so I avoided it. I should have done the same with Beamer. But screw him. If he was going to play this game, I could too.

“Brandon is a bit of a creep. He’s so much older than Marianne, and the whole thing where she looks like his long-lost dead love? Like, issues, much?” Let’s see what he had to say that.

But Beamer’s face was serious again, as he looked down at the floor, hesitating for once before opening his mouth. “He… he’s her best friend. She can just be herself with him, and he accepts her for who she is. And when Willoughby breaks Marianne in to a thousand tiny pieces, Brandon is there to pick up every last shard and put her back together. He makes her whole again.”

I stared at Beamer, speechless. I really had been sucked into an alternate universe. Who was this guy? This guy who read Jane Austen and spoke about it like he gave a damn and who was looking at me now with an intensity in eyes that I’d never seen before.

I willed myself to get up and put the book back on the shelf. This bloody book that had sucked us into some kind of wormhole. But I couldn’t move. Couldn’t look away from his face. His infuriating… adorable face.

April 7th – A Dream Within a Dream

April 8th – Mundie Moms
April 9th – Good Choice Reading
April 10th – Crossroad Reviews
“This is the book I would hand to teen me.”
—Becky Albertalli, #1 New York Times bestselling author of Simon vs. the Homo Sapiens Agenda
“Funny and heartfelt. I loved it.”
—Melina Marchetta, author of On the Jellicoe Road
“Debut author Guillaume’s novel features funny dialogue and fresh takes on body image and personal relationships as well as a plucky heroine who slowly but surely comes into her own….Perfect for fans of Dumplin’, a hilariously sweet yet complex romance.”
—Kirkus Reviews 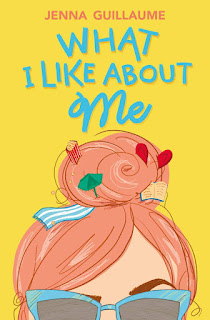 
The last thing sixteen-year-old Maisie Martin thought she’d be doing over vacation is entering a beauty pageant. Not when she’s spent most of her life hiding her body from everyone. Not when her Dad is AWOL and her gorgeous older sister has returned to rock Maisie’s already shaky confidence. And especially not when her best friend starts flirting with the boy she’s always loved. But Maisie’s got something to prove. 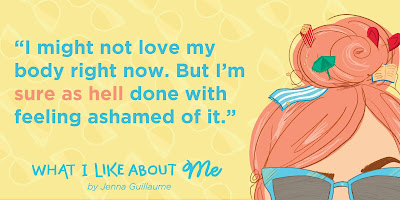 About the Author
Jenna Guillaume was the editor-at-large for BuzzFeed Australia, where she wrote about pop culture, identity, feminism, social media, and, most importantly, Chris Hemsworth’s biceps. Previously, she worked in the features department of Girlfriend magazine in Australia, writing about everything from bullying and body image to bad kisses and boy bands. She also contributed to Girlfriend Life Hacks, an essential guide to navigating a girl’s completely-awkward-but-totally-awesome teen years. Guillaume lives in Australia. Visit her website at jennaguillaume.com. 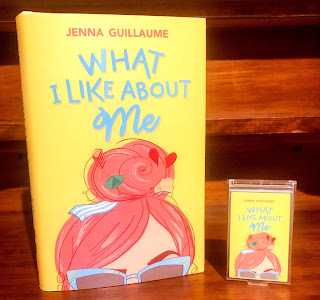 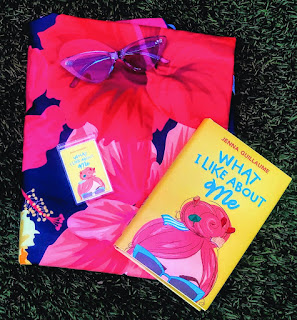