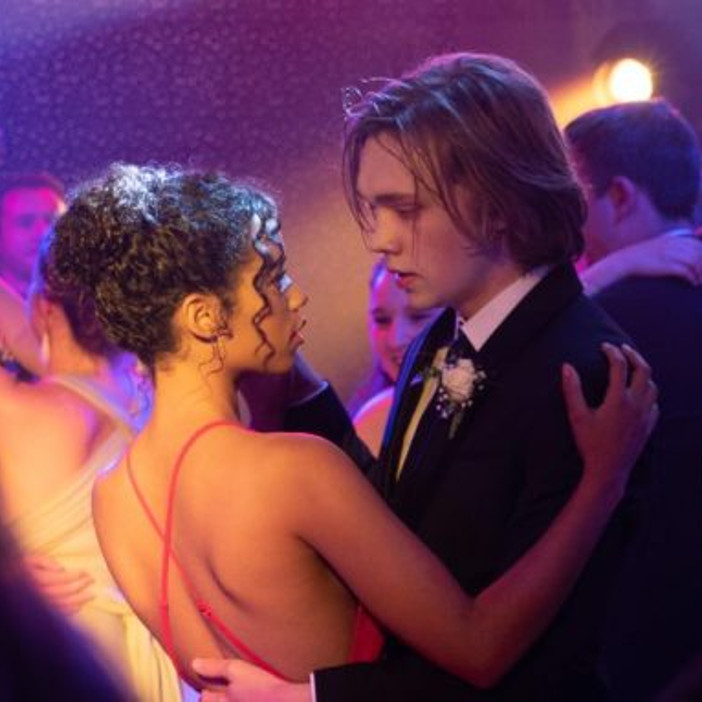 The film adaptation of Julie Walton’s 2017 novel Words on Bathroom Walls is scheduled to arrive in theaters August 7th.

The movie deals with mental illness in the form of schizophrenia in a high schooler named Adam, played by Charlie Plummer (Looking for Alaska), who sees and hears people who aren’t really there.

When he goes to a new school, he meets Maya, played by Taylor Russell (Lost in Space), and he’s hopeful for a bright future, especially with the new drug he’s on that helps him with his hallucinations. But when the drug starts failing, he’ll do what he can to prevent Maya from finding out.

Here’s the overview on the book:

Adam has just been diagnosed with schizophrenia. He sees and hears people who aren’t there: Rebecca, a beautiful girl who understands him; the Mob Boss, who harasses him; and Jason, the naked guy who’s unfailingly polite. It should be easy to separate the real from the not real, but Adam can’t.

Still, there’s hope. As Adam starts fresh at a new school, he begins a drug trial that helps him ignore his visions. Suddenly everything seems possible, even love. When he meets Maya, a fiercely intelligent girl, he desperately wants to be the great guy that she thinks he is. But then the miracle drug begins to fail, and Adam will do anything to keep Maya from discovering his secret.